After Sara Gurpal's elimination, Shehzad Deol was evicted from the Bigg Boss 14 house recently during mid-week elimination. Fans were disappointed with Sara's elimination, which was not through audiences voting. Now they are upset with Shehzad Deol's elimination as well, as they feel Jaan Kumar Sanu was supposed to be eliminated instead of the Punjabi lad. If you recall both eliminations were not based on audience votes and was seniors' decision.

Netizens slammed makers for their unfair practice, wasting their time (voting) and favouring Jaan Kumar Sanu, because he is the son of legendary singer Kumar Sanu. Take look at a few tweets!

"#ShehzadDeol gave TRPs last week! But last 2 days makers didn show him AT ALL! All focus was on the very irrelevant nepo kid Jaan! This is how the makers MANIPULATE the show! They did last year wt stupidity like SidNaaz gazing at the moon fr HALF HOUR! This is manipulation #BB14."

"SHEHZAD DEOL was a good guy yar He was crying yesterday, He had performed well in all tasks. Besides tasks, he couldn't mix up with HMs but that doesn't mean he wasn't capable for BB. BB makers stop favouring Nepo Kid JAAN. Why not going according to Public votes, ARE WE FOOL."

Saranya: I think #ShehzadDeol deserves to stay in the house than #JaanKumarSanu.

Mansi Dixit: This guy did not deserve this treatment for sure😑 #ShehzadDeol #BiggBoss14 #BB14.

"The decision was unfair! #JaanKumarSanu didn't deserves to be in the house! Whereas @DeolShehzad played with dignity! What are audience for if the contestants decide among themselves who will stay and who will go! @BeingSalmanKhan @BiggBoss supports #Nepotism #PublicWantShehzad." 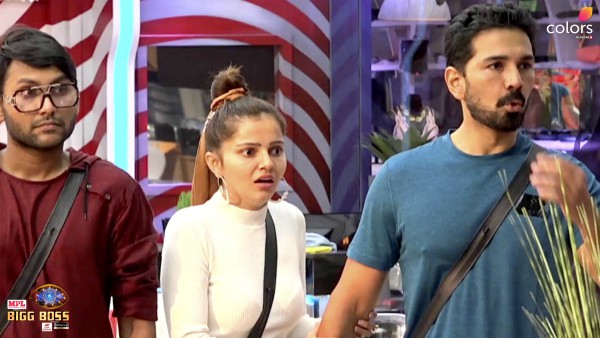