The latest Bigg Boss 14 episode was quite an emotional one as the contestants revealed their darkest secrets in order to get the immunity stone. Take a look at the highlights of yesterday's (November 30. 2020) episode!

Jasmin is upset with Rubina's 'fake friendship' and talks about the same with Rubina. Meanwhile, Rubina and Abhinav get into a small argument about cooking parathas for the housemates. On the other hand, Jasmin, Eijaz and Nikki have a debate about the captaincy task. Rubina and Abhinav mock Nikki for discussing leadership qualities. Later at night, Abhinav and Jasmin try to scare Nikki, who also calls Abhinav 'Ashleel' while Rubina takes Abhinav to task for acting like Jaan.

In the morning, Bigg Boss reminds contestants about the race to finale week and reveals only four contestants can go ahead.

Bigg Boss gives a chance to the contestants to gain immunity by snatching away Rubina's immunity stone on the condition that they need to reveal their darkest secret which is not out in public. The contestant who wins the task will enter the finale directly.

Rubina Reveals She & Abhinav Were About To Get Divorced

Rubina goes first and reveals that she and Abhinav were about to get divorced. She breaks down as she makes this confession, while Abhinav is worried as news will flash all over the media and his parents were not aware of this. On the other hand, Kavita Kaushik and Rahul Vaidya find Rubina and Abhinav's divorce story fake. Kavita says, "They were on a holiday, right before entering the house? They were roaming in the hills, dancing, sharing happy videos. They were with the parents. And why would a couple come to Bigg Boss to mend their relationship? This is a place where even friendships break. I just realised that nobody is real. All are wearing masks. I have lost all faith in these two." On the other hand Rahul says, "Isn't it against their self-respect? I am not happy about what she said, but she is standing against her own words." However, Aly Goni sides with Rubina.

Next up, Eijaz goes to the podium and reveals his big secret. He breaks down as he reveals that he was molested when he was a kid and only his therapist knows this. He apologises to his father for not telling him. Bigg Boss lauds Eijaz for gathering courage to talk about it.

Abhinav reveals that he was depressed after his first film flopped.

Kavita reveals that she was molested by her 65-year-old tuition teacher when she was 11 years old. She says that she was affected after this. She wants every parent to be attentive to their children, as her mother refused to believe her when she had told her about the incident.

Jasmin Bhasin reveals that she was always rejected in auditions because of acnes and marks. All these rejections broke her self-confidence and she reveals that she also came to a point where she wanted to end her life. She also added that she took different pills in overdose.

Nikki reveals that she was kidnapped when she was 19 years old.

All contestants pick Eijaz, who gets immunity stone and becomes the first finalist. The rest of the contestants are nominated for elimination. 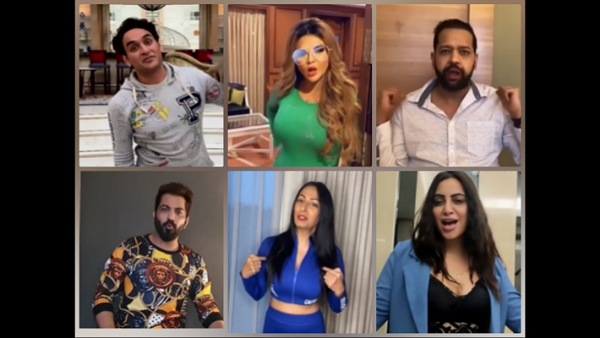 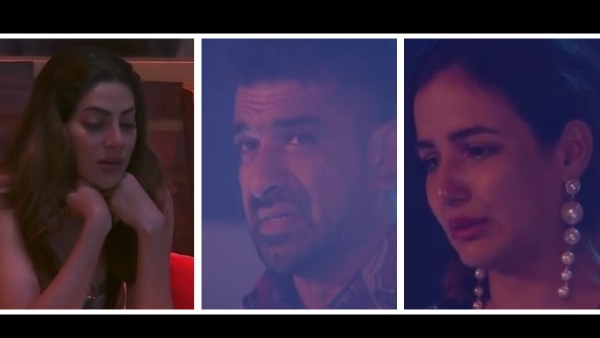