The October 30th episode of Bigg Boss 14 begins with Eijaz Khan expressing his anger over Kavita Kaushik's remarks. On the other hand, Kavita too is seen talking to Abhinav Shukla and Rubina Dilaik about Eijaz’s behaviour. She reveals that he doesn’t have any friends during his successful career in the industry.

Later, the tabadla task resumes with Jaan Kumar Sanu nominating 'good friend’ Nishant Singh Malkani. The two get into a heated argument while Nishant reminds Jaan that the entire house was working on getting him out of the red zone but he remained in there due to his own stupidity. Captain Eijaz decides to go ahead with the swap button, sending Nishant in Jaan's place in the red zone.

Nikki Tamboli and Jaan once again tease Eijaz with Pavitra Punia, but Eijaz sticks to his stance and clarifies that he has no romantic inclinations for her. Nikki is seen advising Eijaz to clear this matter with Pavitra.

In the next round of the task, Rahul Vaidya nominates Jasmin Bhasin whilst stating that , she and her friends (Rubina, Abhinav) pick unnecessary fights in the house. Jasmin comes out in her defense but Eijaz takes the call to send her in the red zone in Rahul’s place.

An irked Nishant calls Eijaz the 'biggest fraud.' Kavita and Pavitra are also seen talking about Eijaz while the former states that Eijaz goes 'mad' during the game. Kavita then advises Pavitra to not get used by Eijaz.

In the final round of the task, Pavitra nominates Rubina for bringing up the topic of 'upbringing’ during tasks. Rubina retaliates by blasting Pavitra for 'betraying' her and Abhinav in the captaincy task. Eijaz decides and wants Pavitra to be in the green zone, thus concluding the task.

Next day, in the night, Bigg Boss announces 'Garnier Men challenge' task with Jaan, Shardul Pandit, and Abhinav. The three of them will be clearing a set of obstacles to win the hamper. Jaan becomes the winner of the challenge. 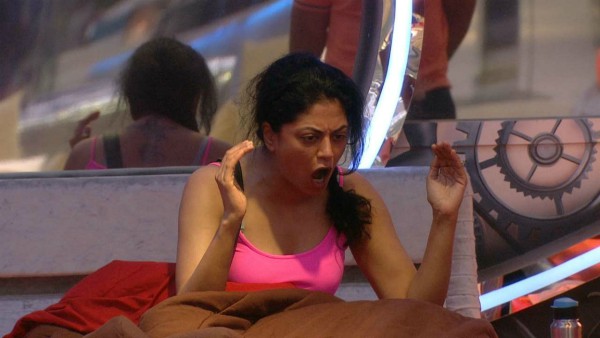 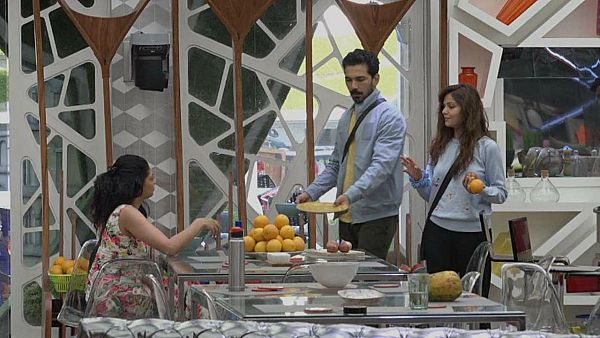