Pavitra Punia who is currently residing in the Bigg Boss 14 house, has opened up about her ex-boyfriend with a few co-contestants. In a recent unaired snippet that has made its way to the internet, the actress is seen telling about her relationship with Pratik Sehajpal. While giving a head massage to Jasmin, Pavitra stated that she ended her relationship with Pratik as he was too young and needed to focus on his career first.

She said, “Mere se chhote bhi ho aap. Ab isko mera baddapan samajh lo ya fir understanding samajh lo, mera aapke saath rehna aapke career ke liye galat tha kyunki main possessive hoke, main kisi cheez ko na pasand karke, aapka kaam nahi suffer karwaungi (You’re younger than I am. Consider this my advice or even understanding, but for me to be with you would be wrong for your career, because I don’t want to make you suffer because of my possessiveness).”

Pavitra added that she was the one who initiated their split. She then denied reports about her kicking him out of the house at night. She also said that Pratik got very aggressive and did not take the break up very well. “When I told him I don’t want to be with him... He’s very aggressive about these things. He punched a wall, there was blood all over his hands,” she said. Check out the video below:

Shortly after the video went viral, Pratik Sehajpal took to his Instagram stories to defend his act of punching the wall and to clear the air about his 'aggression.’

Pratik wrote, “With respect to all the articles circulating about me stating that 'I’m very aggressive’ or 'I’ve been thrown out of someone’s house’, read the articles properly and watch the video completely to understand better. I know what kind of a person I am. If I’m punching the wall (which is a non living object) that’s my way of taking my frustration out because I’ve been resorting to this method since my childhood. And about living-in with someone, let me be clear I was never in any live-in relationship. Watch the video and listen to the video carefully and read the articles with your eyes f**king open.”

He then went on to add, “And being aggressive is not wrong at all. Tumhe apna aggression nikaalna aana chahiye (You should know how to take your frustration out). I’m just very emotional and I express every emotion very very very strongly. (Without hurting anyone)!”

ALSO READ: Bigg Boss 14 Weekend Ka Vaar: Eijaz Khan Opens Up About Being Accused Of Rape By An Ex-Girlfriend 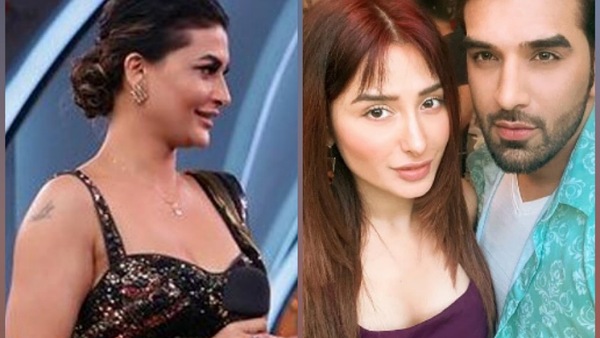