Bigg Boss 14 contestants have already started prepping up for the tasks! As per the latest promo, the rejected contestants- Sara Gurpal, Nishant Singh Malkhani, Rubina Dilaik and Jaan Kumar Sanu will be given tasks by Toofani Seniors- Hina Khan, Sidharth Shukla and Gauahar Khan. While performing the task, Sidharth gets into an argument with Gauahar Khan and Rubina Dilaik. Read on to know more!

As per the spoiler, Gauahar will be asking Sara Gurpal to lift a dumbbell, which she tries to do and apparently gets hurt as well. Jaan Kumar Sanu will be asked to chop his hair, which he manages to do.

Rubina & Nishant Are Given Tasks

Nishant Singh Malkhani and Rubina will also be given task by Hina Khan and Sidharth Shukla. Rubina will be allowed to enter the house only on one condition- she will have to spend an entire week in the same outfit. On the other hand, Hina will be explaining Nishant that he would have to wear a bikini top.

Rubina Gets Into An Argument With Sidharth

The task upsets Rubina, and she questions seniors, and gets into an argument with Sidharth. She tells Sidharth, "Bigg Boss wants us to win the task, but who said anything about winning the task in particular clothes?" Rubina's husband Abhinav tries to make her understand that if she says no, she will not be allowed to enter the house.

Also, Sidharth will be getting into a heated argument with Gauahar, who explains him that she does not like anyone raising their voice and abusing. Sidharth loses his temper over something during a task and the duo get into an argument. Gauahar shouts and tells Sid that if he can scream, she can scream too. Sid will be seen trying to explain her how the task should have been, to which Gauahar says, "Shuru hone se pehle khatam kar diya."

As it was expected: Do not underestimate the mind of this man #SidharthShukla. He knew how and when he should settle the case with #GauaharKhan. She has done many bad things to Sid and now Sid is in front of her. Jo ukhadna hai ukhad lo! #sidharthshukla #siddharthshukla #sidnaaz #Sidhearts #biggboss14 #biggboss 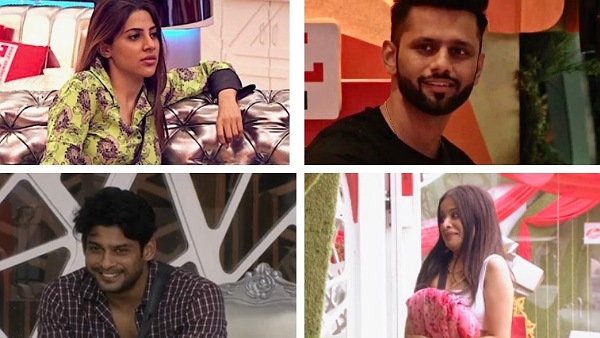