Bigg Boss 14 Weekend Ka Vaar on November 28 begins with host Salman Khan pranking the contestants about the finale week by stating that only four people will enter the finale week from the current lot. The actor then states that Jasmin Bhasin, Rubina Dilaik and Nikki Tamboli have been labelled as the villain of the house.

Jasmin and Rubina argue in front of Salman whilst presenting their cases. Rubina tells Jasmin that she is hurt by her behaviour and Jasmin says she is only friends with Abhinav Shukla. In the meantime, Rahul Vaidya keeps butting in and as a result, Rubina tells him to shut up. Jasmin continues and adds that she is upset, disappointed and hurt with Rubina. Aly Goni also chips in and says he is also upset with Rubina as she exaggerates matters. Rubina retaliates and calls Jasmin fake.

Next, Jasmin is called on the villain seat and Rubina says that Jasmin is judging people on hearsay and is utterly immature. She then adds that Jasmin is nothing without Aly and even Nikki agrees with it. Nikki then talks about how the whole house has boycotted Pavitra Punia. She also is seen saying that people do not know how to play tasks in the house. This is followed by Salman Khan praising Rubina by saying that she has shown her real personality this week. He also reveals to her that the audiences have appreciated her.

Salman introduces the 'Roast task’ which leads to another showdown between Rubina and Jasmin. This leads to Kavita Kaushik and Rubina also getting into an ugly verbal spat. Rubina calls Rahul Vaidya a Bandar during the roast and says people are only busy fighting. Eventually, Kavita and Rubina win the Bigg Boss's roast night task. 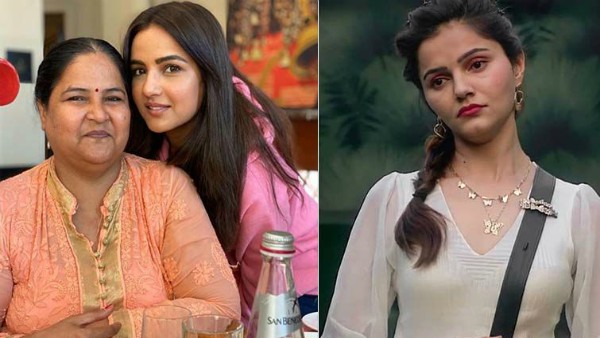