Vikas Gupta had always supported Sidharth Shukla and Shehnaz Gill. The producer had also shared a few pictures snapped with Sana on his Instagram page. But post his entry on Mujhse Shaadi Karoge, there were also reports that Shehnaz unfollowed Vikas on social media. The reason for the same was apparently because Shehnaz was upset with Vikas as he didn't sign her for a project with Sidharth. While talking to Spotboye, Vikas clarified about the same. He also took to Instagram to reveal as to why they are not meeting these days!

No Project With Sidharth Or Shehnaz

Vikas Cast Actors Based On Requirements

Regarding Sana unfollowing Vikas on social media, he said, "Pehli baar project ho, tho shayad mein leta." He also clarified that he takes people for his shows or series based on what's required not based on just equations.

He also clarified that he and Sana are good friends. If they are not following each other on social media then there might be a reason. The producer also said that he doesn't think following someone on social media is so important. He also doesn't find it exciting and he added that if he wants to check on her (Shehnaz), he picks up the call and talks to her.

Although Vikas said that they might have had small pangas, he didn't elaborate it.

Vikas also took to social media to clarify about his bond with Sana. He shared a cute picture snapped with her and captioned it, " By posting this last good picture I had of us I hereby announce that all is well between #shehnaazgill & I 😝but we arnt meeting and are not going to meet also it's a Lockdown 😊 मेरा मन में Follow करो या ना I know where our happiness lies So please Aap Sab #KSK and also Apni #TGPHR #JaiMataDi #bhuladunga is breaking records 🔥 #Sidnaaz #Classof2020 is killing it #Vikasgupta #sidharthshukla #Shehnaazgill #Biggboss13 now in #quarantine along with the Rest if the world . #KsK is Kaam Se Kaam & #TGPHR is Tashreef means bum , Ass Ghar Par Hi Rakho." - (sic)

Well, we hope that if they really had panga or fight, it gets sorted out soon as viewers love their bond. 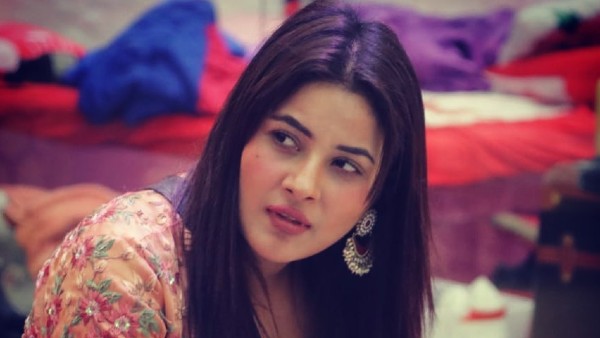 Also Read: Shehnaz Calls Mujhse Shaadi Karoge A Big Mistake; Says Her Family Was Unhappy When She Signed It