One of the most awaited festivals Navratri is here! During the festival, different forms of Goddess Durga are worshipped. People go pandal-hopping and enjoy wearing traditional attires for garba nights. However, this won't be possible this year due to the pandemic as there is no garba, dandiya raas or Ramleela plays! Due to social distancing, many restrictions are imposed on public events. However, this hasn't dampened the spirit of our celebrities, as a few of them plan to celebrate the festival in a simple and unique way. Vighnaharta Ganesh actress Madirakshi Mundle has taken a pledge to plant nine saplings for nine days of Navratri. Now, in an exclusive interview with Filmibeat, Madirakshi shared her favourite Navratri memory. She also said that she loves doing Garba.

Madrakshi who essays the role of Parvati in Vighnaharta Ganesh, said, "My favorite memory of Navratri is of doing Kanyapujan on the last day of Navratri when we invite little girls for having prasad and seek their blessings. I make sure I cook for them myself."


The actress further added, "Not only that I also love doing garba and I eagerly wait for this time of the year so that I can deck up and go and play garba with my friends and family. Though this year we won't be able to do any of those things keeping everyone's safety in our mind."

Meanwhile, the actress has been sharing pictures on social media and planting different saplings in the past six days of the festival. Today (October 22, 2020), day six of Navratri, she wore yellow-coloured dress and planted a rose sapling. 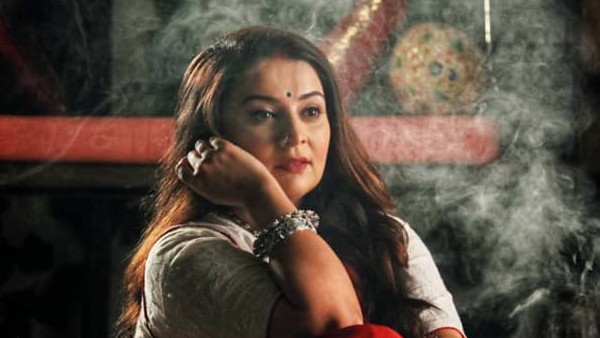