Recently, it was said that the star cast of Excuse Me Madam was paranoid to shoot as the lead actor of the show Rajesh Kumar had tested positive for Coronavirus last month. The actor has now recovered, tested negative and has resumed shoot. It was said that the actors were paranoid on the first day of shoot and were using sanitisers every time they are not in middle of the shoot. The report also suggested that the actors would be shooting from their homes. However, producer Binaifer Kohli and actress Nyra Banerjee rubbished the report.

Binaifer was quoted by TOI as saying, "Actors refusing to shoot with Rajesh Kumar is false news. All is well and the set follows full sanitisation procedures and safety guidelines. The shoot will restart from tomorrow (September 11, 2020)."

Nyra Banerjee, who plays Madam in the show, said that they never refused to shoot. She revealed that after Rajesh tested positive, all others underwent the test and they tested negative. She also confirmed that they are shooting tomorrow, and Rajesh, who is feeling better now, will be joining them.

All Precautions Are Followed On The Set

Rajesh revealed that the production house was accommodating and the makers had even granted him 20 days leave.

The actor told the leading daily, "Yes, we are shooting from tomorrow. The production house has been very accommodating. While it is mandatory to isolate yourself for 14 days after testing positive for coronavirus, the makers granted me 20 days to rest. While we are taking all precautionary measures on the set, we will be even more careful now. I don't know how I got infected because even my driver tested negative. I think everyone needs to be careful and wear a mask throughout. The show is going on air from September 14 and we are excited about shooting for it. We want nothing, but positivity, as we resume work on the show." 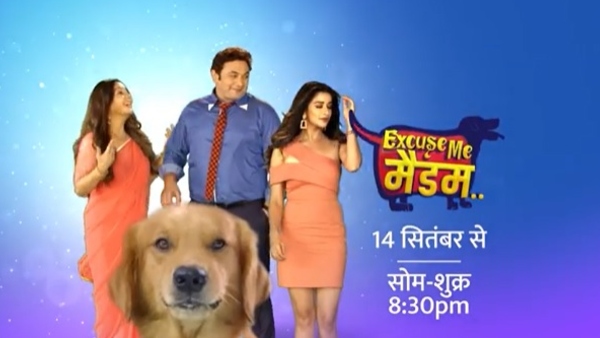