The year 2020 has been unpredictable! Many unexpected things happened and a few popular celebrities surprised their fans by trying the knot. Due to the pandemic, the celebrities had low-key wedding. As the year is inching closer to its end, let's take a look at the big weddings that happened in 2020.

India Idol judge and singer Neha Kakkar got married to singer Rohanpreet Singh in a traditional ceremony in gurudwara on October 24, 2020. The wedding was followed by a grand reception in Punjab on October 26.

Indian Idol host Aditya Narayan and Shweta Agarwal first met on the sets of their movie Shaapit in 2010, and had been in a relationship for 10 years. The duo tied the knot on December 1, 2020. The wedding was an intimate ceremony with around 50 guests in attendance due to the ongoing COVID-19 pandemic. The reception was held on December 2, which was attended by Govinda, wife Sunita Ahuja, children Tina and Yashvardhan, comedienne Bharti Singh and husband Haarsh Limbachiyaa.

Kaisi Yeh Yaariyan actress Niti Taylor, who got engaged on August 13, 2019 to an army officer Parikshit Bawa, got married on the same date in 2020. Their wedding was an intimate affair with just immediate family members in attendance. The couple had a ceremony at a gurudwara in Gurgaon.

Sasural Simar Ka actor Manish Raisinghan and Swabhiman actress Sangeita Chauhaan, who had been dating since two years, got married in a Gurudwara on June 30, 2020. The wedding was a low-key affair and was attended by the couple's siblings alone.

Sana Khan, who surprised everyone by quitting the showbiz, shocked everyone by getting married to a Surat-based businessman, Mufti Anas. The former actress took the wedding vows in Surat. The pictures and videos of their nikaah had gone viral on social media.

Yeh Rishtey Hain Pyaar Ke actor Shaheer Sheikh surprised fans by getting married to Ruchikaa Kapoor- Creative Producer and Executive Vice President at Ekta Kapoor's Balaji Motion Pictures Ltd. The couple made their wedding official on November 27. It was a court marriage, post which, the duo flew to Shaheer's hometown Jammu, where they had a small ceremony at his house, followed by another informal ceremony at Ruchikaa's residence in Mumbai. Apparently, the couple will be tying the knot in a traditional ceremony in June 2021.

Tujh Sang Preet Lagai Sajna actress Puja Banerjee and actor-boyfriend Kunal Verma had a court marriage in March. The couple was supposed to tie the knot on April 15 in a traditional ceremony, but they cancelled it due to COVID-19 pandemic.

India's star cricketer Hardik Pandya and actress Natasa Stankovic, who announced their engagement earlier this year, surprised everyone by posting wedding pictures on Instagram and also revealing that his wife Natasa is pregnant. The couple welcomed baby boy Agastya on July 30.

Khatron Ke Khiladi 9 winner and choreographer-actor Punith Pathak tied the knot with his fiancée Nidhi Moony Singh in December 11 in Lonavala. The wedding was a two-day affair at a resort. Comedienne Bharti Singh and Haarsh Limbachiyaa attended their wedding. 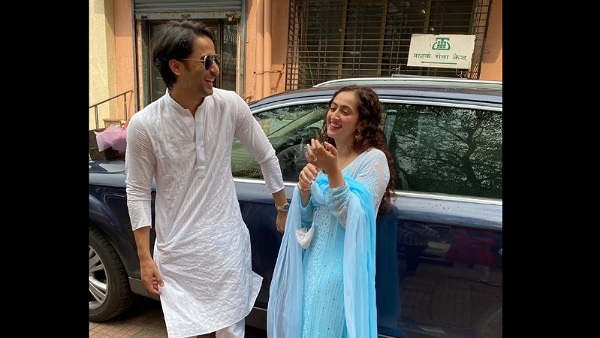 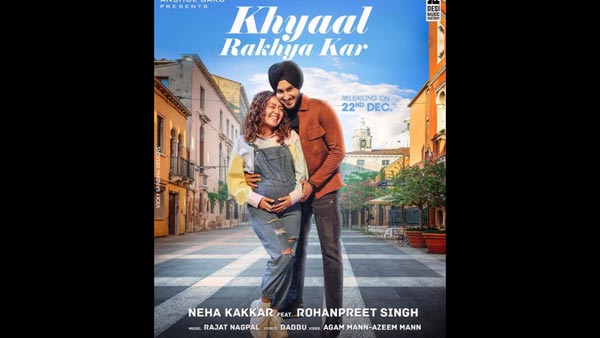