Kaun Banega Crorepati, an iconic show that the audience looks up to and awaits with bated breath every year, is back with its 12th season. The show, hosted by the legendary megastar Amitabh Bachchan, not only lets the audience celebrate the victories of the common man, but also reinstates the power of knowledge.

This year, given the current scenario, KBC comes back with the thought of "Harr Cheez Ko Break Lag Sakta Hai... Sapno Ko Nahi" and invites people to register for the show. Let's take a look at some of the women participants of KBC, who proved their mettle on the most coveted Hot Seat and became the celebrated Crorepatis based on their determination and knowledge.

Rahat, who was preparing for her medical exams, was married off at a young age, and her dreams of standing on her own feet came to a full stop. But some women don't give up easily. So, she came on KBC and with the help of her knowledge, won the prize money of Rs 1 Crore. Taslim invested the winning amount in a garment shop, and has also saved money for her children. Though she got no support from her husband and family, her passion of becoming an independent woman came true through KBC.

This homemaker from Mumbai, who was coaxed by her teenage daughters to prepare for the show, turned out to be the first woman woman to win Rs 5 crore on Kaun Banega Crorepati. She could not believe she had cracked the jackpot of Rs 5 crore on the show until the show's host, Mr. Amitabh Bachchan hugged her and made her realize what she had achieved. Sunmeet mentioned that she prepared seriously for two-and-half months with the help of her daughters who took her through various reading material on the internet. With the prize money, she fulfilled her long-cherished dream of opening a boutique.

Anamika, a social worker who ran an NGO in Jamshedpur, became a crorepati in KBC season 9. This mother of two dedicated her win to her family and revealed that her son burnt the midnight oil to help her prepare for the show. She also revealed that she was an avid watcher of quiz shows on television and enjoyed reading up on current affairs. She decided to use the winning amount to get better facilities for the needy, whose charity works to help children stuck in difficult circumstances in Jharkhand.

This inspiring lady from Assam went through many hardships in her life, before coming on KBC. Binita, whose husband was allegedly kidnapped by terrorists while travelling to work in 2003, never returned home. Since then, Binita has been taking care of her children as a single parent. Her dream of giving her kids a secure future led her to become the crorepati of KBC season 10. She planned to use the prize money to open a clinic for her son and save some for the future. She is one woman who inspired many single parents. At present, she is a principal of a school in Assam.

Addresses as ‘Kaku' by Mr Bachchan on the show, this mid-day meal cook from Amravati earned only Rs 1,500 per month by making khichdi for school students. Babita revealed on the show that she just read newspapers to keep herself updated of the happenings around the world. The ever-smiling Kaku, approached each question with positivity and confidence thereby inspiring millions of people watching her. After winning 1 crore, she was appointed as the district ambassador of Election Commission in Amravati to encourage masses to vote. The honourable CM of Maharashtra Uddhav Thackeray also called to congratulate her on being an inspiration for many. 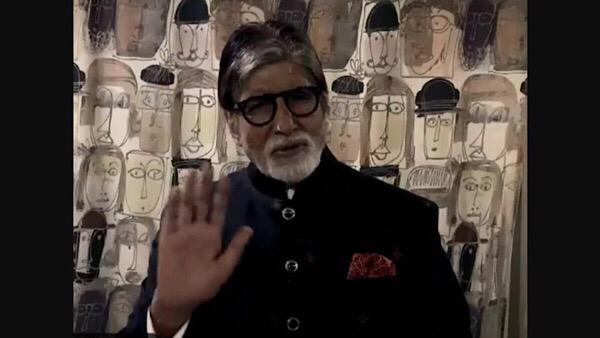