Gauahar Khan has finally addressed reports of her November 2020 marriage with Ismail Darbar's 24-year-old Son Zaid. The actress while speaking to IANS has denied reports of marrying her rumoured boyfriend Zaid.

Dismissing all such speculations, Gauahar told IANS, "These are just rumours. If there will be anything I will let you all know about it." The rumours first sparked after Gauahar uploaded a video on Instagram, in which she can be seen dancing with Zaid to Neha Kakkar and Parmish Verma's song 'Diamond da challa'.

At the end of the clip, Zaid also goes down on one knee and slips a ring on Gauahar's finger. "Ye hai Gaane ka asar YA mann ki baat .... ??? Jaldi Batao .....#GaZa killing it ... #dropYourLove @zaid_darbar Ssshhhhhhhhhhh ... #diamonddachalla," Gauahar had captioned the post, which made fans wonder if it is a real proposal.

Meanwhile, the choreographer and social media influencer, Zaid refused to comment on their relationship. He said that he has heard of reports that he is taken and is getting married this year. ETimes TV had claimed the couple is all set to get married in November in a two-day affair which will only be attended by close friends and family.

Zaid's Parents Ismail And Ayesha Happy With His Decision

The news report also revealed that Zaid brought Gauahar home to meet his parents. Ismail told ETimes TV that his son had recently brought Gauahar to meet him and his stepmom Ayesha (Ismail is divorced from Zaid's mother, his first wife Farzana), just a few days before she entered Bigg Boss 14 house. His stepmother Ayesha was quoted as saying, "As Ismail said, we haven't discussed any dates. But yes, if Zaid and Gauahar decide for tomorrow or after six months or even today, we are ready for whatever they want." 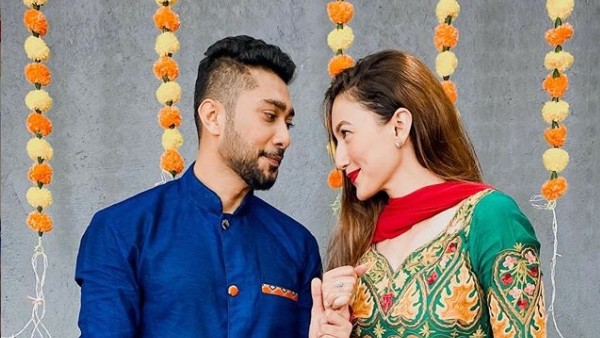