Hina Khan made her Bollywood debut with the film, Lines. The actress had launched the poster of the film at 72nd Cannes Film Festival. Recently, the actress took to social media to reveal that her debut film has bagged Best Feature Film Award at the New York Cinematography Awards. The film has also been nominated for the 'Golden Eagle Awards', which is scheduled to be held in the later part of 2020.

Sharing a picture, Hina wrote, "'Winner of Best Feature Film' at New York Cinematography Awards. And official "Golden Eagles" Qualifier.. Some "Lines" are meant to be crossed ! And as far as my first ever shot, home produced and most dear film "Lines" is concerned we are crossing borders and getting recognition at one of the most respectful platforms. We are also the qualifiers for the well known and prestigious 'Golden Eagles Awards' set to happen later this year. #Lines many more to come ! @rockyj1 @rahatkazmi @rishi_bhutani" - (sic)

For the uninitiated, Lines is produced by Rahat Kazmi, Tariq Khan, Zeba Sajid and is co-produced by Jayant Jaiswal's Hiro Faar Better films. The film revolves around the story of love divided by borders. It is an innocent yet gritty story of a young girl, Nazia representing the pain of people of Kashmir who have been suffering due to the hatred between two countries. 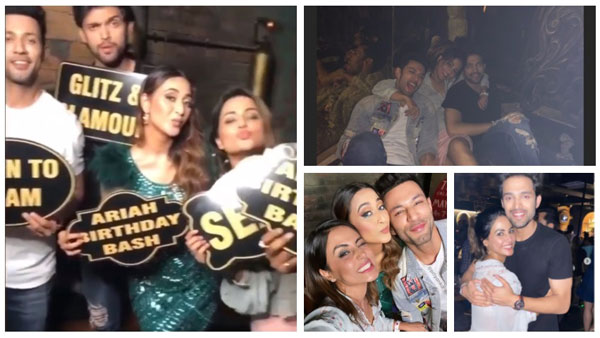