As the entire country gets set to rejoice in the abundance of colour during the festival of Holi, ALT Balaji too is celebrating love and friendship with different shades of entertainment. While some have their big Holi parties and plans for the festival, some might want to keep it a low-key affair with their close ones. One thing's for sure, when it comes to Holi, each one of us has a favorite memory attached to the festival of colours. As the stars of ALTBalaji revel in the Holi celebrations, here are what some of our favourite actors have to share about Holi along with their plans for the day.

Shilpa Shukla, who is a part of ALTBalaji's Mentalhood releasing on March 11, said, "Since childhood, I have not been an avid fan of Holi, but have been excited nevertheless given the infectious celebrations that it brings! Coming from Bihar, the festival is also important as it marks the beginning of the New Year cycle. I have always liked the traditional aspect of the festival, people coming together and celebrating rather than wasting water and colours. Also, Mentalhood launching just around Holi makes this festival even more special for me. I have so many memories associated with the festival. In my village, we play all kinds of Holi and sing Holi songs prior to a month of the festival and we call this celebration Faguaa. It's a very heartening thing that happens in Bihar where we put mikes and the entire village comes together to sing songs from Ramayana, songs between Ram, Sita, Laxman, and these are my beautiful memories of the festival."

Actress Shruti Seth, who is a part of ALTBalaji's Mentalhood releasing on March 11, said, "In the light of the CoronaVirus, Holi celebrations are being suspended so I am just going to be at home, enjoying lunch with my family. When we were much younger, I was annoyed with washing colors away. I used to play in my building society and when I used to come back, my mother could not recognize me. It's been a long while since I played Holi like that. It's now been something a lot more muted and people have become more conscious of water wastage, skin allergies, a lot of emphasis is given on organic colors etc. Now for me also, it's become more of a family and friends gathering, and less about the actual Holi play."

Tusshar Kapoor, who was last seen in ALTBalaji's BOOO...Sabki Phategi, said, "As a child, my fondest memory of Holi is of playing with building friends since early morning. That was one day where we were allowed to make a ruckus and have a blast without much restrictions. We use to play Holi with water and would love to splash it over our friends. Over the years, the meaning of Holi for me has changed. It is not about getting messy anymore but being cautious about our resources like water and the environment. I urge everybody to play dry Holi so we save on water and with eco-friendly colours. We must also ensure that while we are reveling, our animal friends on the streets are not harmed. It's the time to share joy and happiness but without harming the environment and animals."

Actor Tanuj Virwani, who was seen in ALTBalaji's Code M, said, "Holi is one of my favourite festivals ever since I was a child- the colours, the pichkaris, the water balloons, everything. I want to wish all of you a very happy and colorful Holi. Play to your heart's content but also play safe. Don't use colours with chemicals in them as they are very harmful. Go organic instead." 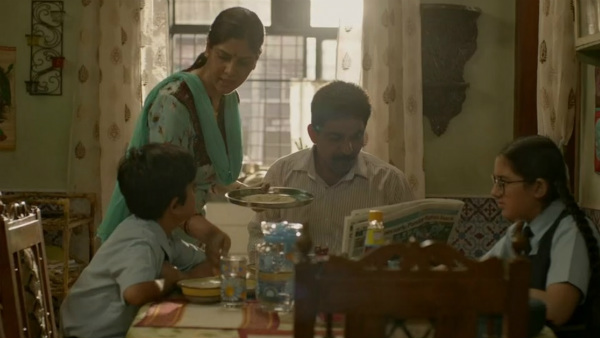