Ex-Bigg Boss contestant Jasleen Matharu has been hitting the headlines for some time now. She surprised everyone by participating in Colors' reality show Mujhse Shaadi Karoge. It has to be recalled that Jasleen was one of the prospective brides of Paras Chhabra on the show. She is yet again in the news as she and her family are in danger. Apparently, Jasleen's father, Kesar has been getting extortion calls. The caller has threatened to kill the family if Kesar doesn't pay.

As per a Spotboye report, the caller has said, "Teri family ko mar doonga agar tumne paise nahin diye." It is being said that Kesar has given the police complaint at Oshiwara. Kesar told the portal that he got the call more than once.


Jasleen's father was quoted by the entertainment portal as saying, "Threat calls mujhe aaye hai, Jasleen ko nahi. Police uske baad dekhne aayi thi to check my building security. Woh aadmi mujhe aur meri family ko maar dene ki dhamki de raha tha. The call came more than once. (Threat calls have been for me, not Jasleen. Police came to check the security in our building. That man has threatened to kill me and my family.)"

It is being said that Jasleen has not stepped out of the house post her elimination from Colors TV's show Mujhse Shaadi Karoge. 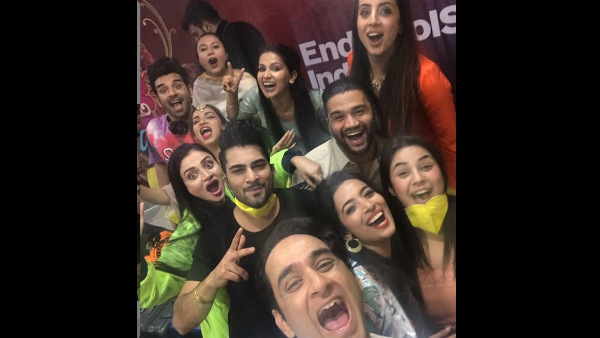