Ekta Kapoor's Naagin is Colors' biggest fiction franchise. The makers welcomed Jasmin Bhasin and Nia Sharma to the world of naagins and fans were quite happy with it. Many of them loved Jasmin aka Nayantara's performance. Unfortunately, the actress exited the show recently and fans were extremely disappointed with the maker's decision of bumping off her role from the show. Apparently, Jasmin knew that she won't be a part of the show for a long time. The actress revealed that it wasn't easy for her to hide this fact from her fans. She also apologised to her fans who were disappointed with her stint on the supernatural show.

Jasmin was quote by Spotboye as saying, "It was very difficult. In fact, I would say it was the most challenging part to pretend that I am the Naagin not only on the show but in real life also. But think of it, I enjoyed doing that." - (sic)

‘I Am Sorry If The Audience Got Disappointed’

The actress further said, "I am sorry if the audience got disappointed with this but Naagin is a show which is full of twists and turns and my exit was one of those. When the show started, the first twist was that I (Nayantara) am the Naagin but eventually it wasn't me but Brinda (Nia)."

Will Jasmin Return To The Show?

Recently, a spoiler suggested that Jasmin might return to the show! Although the actress hasn't revealed anything about her re-entry, she mentioned that she would definitely like to return if story demands and if she doesn't have any other commitment.

Jasmin told the portal, "If they call me why would I say no. I was very lucky that Ekta Kapoor chose me to be part of it. And if I am required, ok with the story and not have any other commitments, I would definitely like to do a comeback." 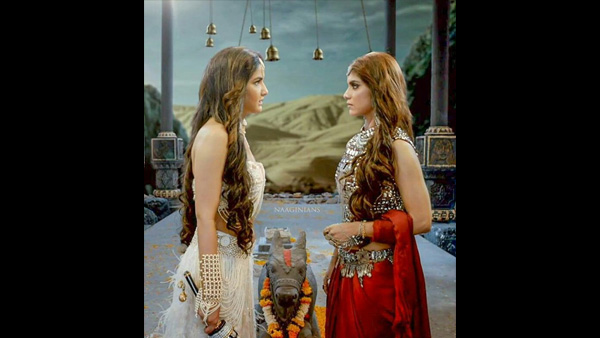