Kahaan Hum Kahaan Tum, which stars Karan V Grover and ex-Bigg Boss winner Dipika Kakkar in the lead roles, has impressed the audiences. Although the show is not among the top 10 shows, it has been getting constant and decent ratings. Recently, there have been reports of the show going off air soon. Karan Grover, who plays the role of Dr Rohit Sippy on the show confirmed the reports of the show going off air. He said that it is unexpected and they are at loss of words.

Confirming the show is going off air, Karan told TOI, "Yes it is going off air on 14th March. We're all at a loss of words. It is totally unexpected as we were steady on the charts from the beginning."

Fans are upset with the news and have been trending,"SaveKHKT" and "DontEndKHKT" on Twitter. Take a look at a few tweets!

"KVG & DKI may get many offers & may do better shows but Ronakshi are different. They are bomb. They are special . Nobody can replace them #SaveKHKT @StarPlus @banerjeestar @SandiipSikcand @veenaasikcand."

"She has to don so many attires of Madhuri for him and He has yet to enact as her favourite hero in Bollywood... You can't snatch this small small happiness from us. #SaveKHKT @StarPlus."

"Please give extention to KHKT. Change the time slot or switch it to Hotstar Original, but please do not end KHKT. It is a great show with lovely characters and fresh storyline.@StarPlus@hotstartweets @StarAnilJha@SandiipSikcand#SaveKHKT #DontEndKHKT #KahaanHumKahaanTum."

"#KahaanHumKahaanTum #DontEndKHKT I watched hotstar live and TV. My mom was sad. She loves the show and the team.she finds them amazing artists. Shes so pissed that YRKKH is running for so long with no head or tail in story. And to see dayans @StarPlus you upset 82 yr old badly."

"DontEndKHKT if u want any show to go off air then there are so many serials are going on in ur chanel go and make off air those serials y ur spoiling a gud serial...so many are serials are there without any story and logic u know very well..."

"I feel my heart breaking when i realize that we won't get to see KarPika together anymore. The pain is real. #DontEndKHKT @StarPlus aisa mat karo yaaar T_T." 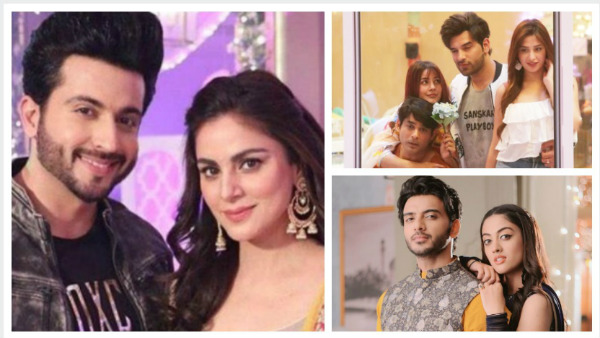