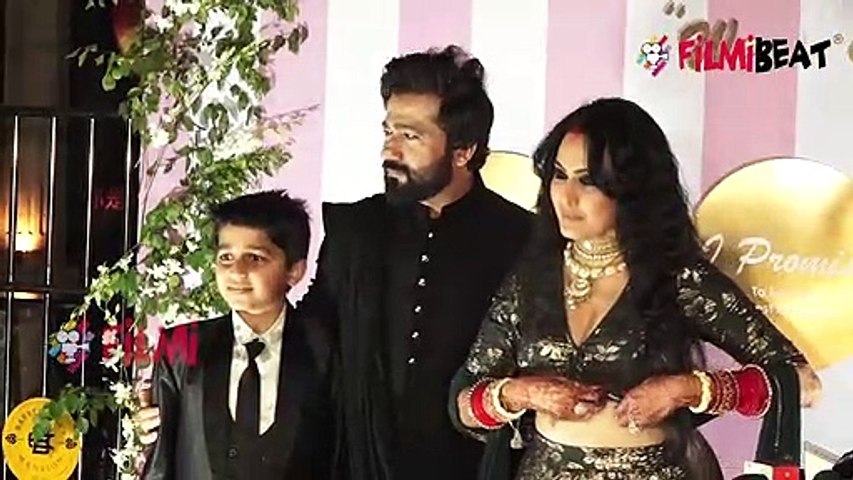 Shakti - Astitva Ke Ehsaas Kii actress Kamya Panjabi tied the knot with her long-time boyfriend Shalabh Dang on February 10, 2020. The couple's lavish wedding reception was held yesterday (February 11) at a plush hotel in Mumbai. At the reception, the actress looked stunning in a dark green and golden lehenga. She opted for curly hair look, smokey eyes, sindoor and was seen flaunting her chooda. Shalabh looked dapper in a black sherwani.

The reception was attended by family members and close friends from the showbiz - Pooja Singh, Rubina Dilaik, Vahbiz Dorabjee and Sareeka Dhillon. Several picture and videos from the grand wedding reception are doing the rounds on social media.

Kamya Dances Her Heart Out

While in one of the videos, the ex-Bigg Boss contestant was seen dancing her heart out with Shalabh and son Ishaan, in pictures, the trio was seen posing happily for the shutterbugs.

Actress Reveals Why She Hosted A Reception

Regarding her wedding, the new bride told BT, "I wanted my marriage to be an intimate affair with only our families and close friends in attendance, besides it was held in a gurdwara. However, I also wanted to celebrate the new beginnings of my life with all those who matter to me and so, I hosted a reception (which took place last night). I didn't want it to be a typical affair where the newly-weds stand on stage and meet and greet the guests. I wanted to be as involved as possible and dance to my heart's content."

The actress revealed that they haven't zeroed in on a destination for their honeymoon as they are still caught up with the wedding and post-wedding rituals. She added that they will go on a honeymoon in March."

In Pic: Kamya & Shalabh With Ishaan

Kamya and Shalabh exchanged rings on February 8 at a gurudwara in the presence of close family members. The couple's pre-wedding ceremonies - haldi and mehendi ceremonies were held on February 9. The pre-wedding events were attended by Pooja Singh, Kavita Kaushik and other friends from the television industry, who had shared a few pictures and videos snapped with the couple. 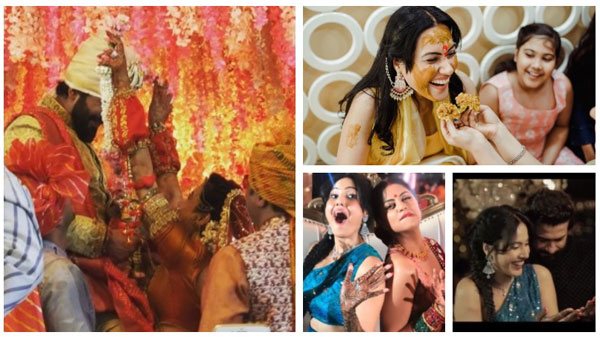