Indian television industry's most adorable couple comprising Karan Patel and Ankita Bhargava were blessed with a baby girl on December 14, 2020. The couple has been sharing glimpses of Baby Mehr on social media, but never revealed the little munchkin's face. Recently, the Yeh Hai Mohabbatein actor shared the first picture of his daughter.

In the picture, Karan and Ankita can be seen holding their bundle of joy in the arms. However, we feel that Karan was not sure of revealing the face of his newborn daughter Mehr, as he deleted the post later.


But as we all know, if something is shared on the Internet, it stays their forever, even if it's deleted! A few fans were quick to share the picture of Mehr on their accounts. The picture has now gone viral on social media.

Post the baby's birth, Ankita had told Spotboye, "Hamara din Mehr se shuru hota hai and Mehr pe hi khatam hota hai. (Our day begins and ends with Mehr.) There is nothing else and nobody else on my mind. I try to accommodate Naughty in her schedule now because she is our first child and I have to balance both of them. I have to be with her all the time, as she needs me the most."

When asked as to how Karan's life has changed after they welcomed the baby, Ankita revealed, "Karan also spends a lot of time with her. Mehr has already started responding to him, as he keeps playing with her and even calms her down when she gets hyper. Karan ki baat maankar so bhi jaati hai. (Karan ensures she falls asleep on time.) As I can't step out of the house much, it's Karan who is shopping for her. It has become like a routine for him. Since the day Mehr was born, Karan has been on a shopping spree for her." How cute is that? 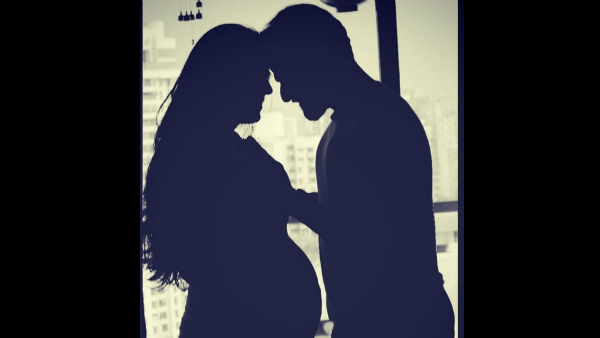 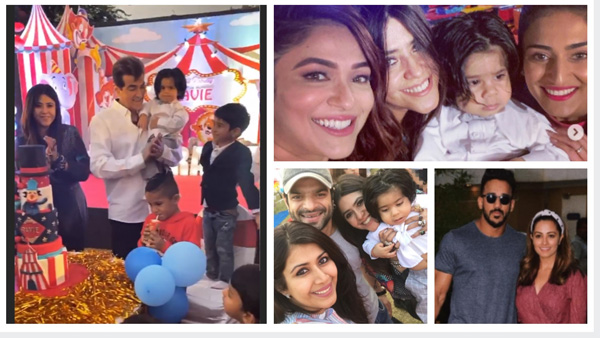