Recently, Kashmera Shah grabbed the eyeballs as she shared a bold picture with Manek Bedi from a magazine photoshoot, which was shot by Dabboo Ratnani several years ago. She called herself a 'hotness personified' in the caption! In an interview with TOI, the actress talked about bold photoshoots and why comedian-actor-husband Krushna Abhishek has no qualms about it. She also revealed that except Malaika Arora, she's the only actress from that era who looks like a yummy mummy!

Regarding the bold picture with Manek Bedi, the actress said, "I have been posting my sexy pictures, doing bold photo shoots and bold roles in films for many years now. I posted this picture with Manek Bedi particularly to tell people that around two decades ago, photographers did not have editing options in their cameras and therefore, one had to be really fit and look sexy for such photo shoots. This particular picture was shot in 1998 or 1999 by Dabboo Ratnani and I think I looked perfect in it."

"Today, there are kids, who are not even five years in the industry and want to know about our work in the past. I feel it is important to show these pictures to these actors, who have no idea about what we were capable of and how much hard work went into doing photo shoots. This picture was appreciated a lot back then. In fact, if you consider it today, except Malaika Arora, I am the only actress from that era, who looks like a yummy mummy and continues to have that sex appeal."

Krushna On Kashmera Being Bold

About Krushna's reaction on her bold pictures, Kashmera revealed that the comedian fell for her because of her physical attractiveness. She further said that her husband never has a problem with her posting sexy pictures on social media, or doing bold photoshoots.

Regarding the casting couch, she said that it is a part of every industry and she has faced it, but never went through with it. She was thankful that filmmakers believed in her talent and didn't replace her. She further told the leading daily, "I have worked with reputed filmmakers such as Ram Gopal Varma, Aziz Mirza and Mahesh Manjrekar among others, and I am proud of my filmography. I will be proud when my kids grow up and come to know that their mom is a 'yummy mummy'."

A throwback to a picture clicked with #ManekBedi for Stardust Annual. This was before editing came to the world of pictures. A non edited photo from the late 90 s. Hotness personified if I may say so myself. Thank you for such a gorgeous click @dabooratnani_ #dabooratnani #sexy #love #hot #model #fashion #beautiful #like #follow #beauty #cute #girl #photography #instagood #style #fitness #instagram #lingerie #kashmerashah #photooftheday #picoftheday #art #likeforlikes #followme #pretty #kash #followforfollowback #portrait #happy @kashmerashah @krushna30 @rishaabchauhaan @artisingh5 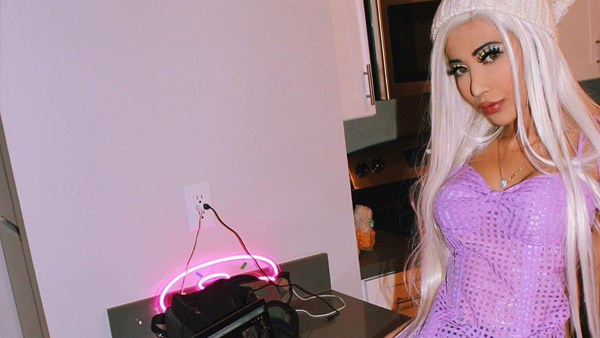