Kaun Banega Crorepati 12 is all set to hit the television screens today (September 28, 2020) at 9 pm only on Sony TV. Due to the pandemic, many changes have been done on the show from selection of the contestants to their presence on the sets. As we revealed, the contestants were selected digitally. Here are the other changes that we will get to watch on the show this year.

The Two Major Changes In The Show Are:

2. There will be no ‘Audience Poll', as there are no in-studio audience. Instead the makers have introduced a new lifeline named ‘Video-a-Friend'. Other lifelines ‘Ask the Expert', ‘50-50 and ‘Flip the Question' will be the same.

# As we revealed there will be no audiences on the sets, but each contestant can bring a family member along with them, who will be in the seating area.

# This time, the audiences have apparently shot for their introductory videos by themselves.

The crew members have been reduced from 300 to 175 people. In the control room, there are partitions between people. Also, safety measures are being followed on the sets.

Regarding the safety measures followed in the control room, director of the show Arjun Sheshkumar was quoted by Pinkvilla as saying, "The control rooms where the production team operates, has changed. The room has got partitions now and the whole team coordinates through headsets. The workspace of the departments has been designed, keeping the new normal in mind."

The director also revealed that the crew members on ground have also been reduced and food area has become bigger having only two people sitting on one table with partition. He also added that they are operating only on headphones and maintaining distance, keeping the whole experience contactless.

Safety Measures Are Being Followed On The Sets

Arjun further said, "Owing to current times, the process has changed of course, everyone has to maintain social distancing, wear masks, get their temperature and oxygen levels checked while the crew on the set is seen wearing PPE kits to protect themselves and the person they interact with. Technically, we have created barricades for the contestants in front of their LED screen, so if they get selected, there is a path created for them, so they directly reach the hotseat. You may not see some technical fixes, but it is consciously present on the set."

Separate Walkway For Big B Between The Stage

Arjun further added, "There is also a separate walkway for Amitabh Bachchan between the stage and the room he sits in, it is again divided by a glass partition, where my whole team sits on the other side of it and communicates through mics and speakers."

Big B Encourages Elbow Shakes Instead Of Hand Shakes

The director revealed that there have been structural changes where the audience sit. The audience area has been re-designed with the hope that someday if the audience is allowed on the set, there is space for them.

As we all are aware, Big B greets the contestants by shaking hands, but this time, the actor has started a new trend. The director revealed that Big B has started a new trend this season as he encouraged elbow-shakes. He added that this brought smiles on their faces and they have tried implementing it amongst them and the crew too. 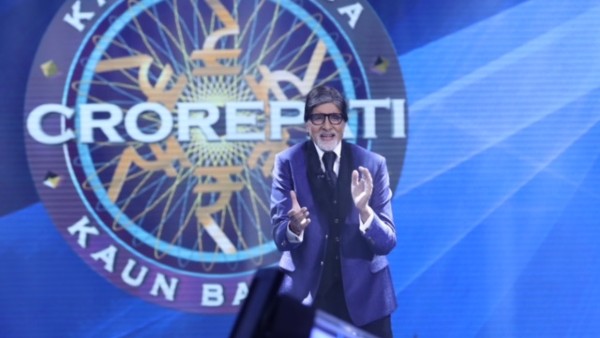