Season 12 of Kaun Banega Crorepati started with a bang despite the unusual circumstances due to the COVID-19 pandemic. Much loved host Amitabh Bachchan is back on our television screens for the reality game show, which premiered on Monday (September 28).

Tonight's (October 1) episode of KBC features a contestant who is indeed special, because of the trying times the nation is going through due to the pandemic. Jasqinder Singh Cheema is a police constable in the Maharashtra Police Department. In the promo video released by the channel, Jaswinder can be seen sharing the struggles he had to face as a frontline worker amid COVID-19.

Amitabh asks Jaswinder about the work that the police force had to do during the ongoing pandemic. Jaswinder then opens up on seeing families lose their loved ones, and shares the difficulty of having to stay away from his family, especially his son, until he sanitises himself after a day's work. Jaswinder further expresses that he is happy he got a chance to serve the nation in this way, and receives much praise from Amitabh for his efforts. Amitabh himself contracted the virus and was hospitalized for several weeks before recovering.

In the previous episode of Kaun Banega Crorepati, Amitabh got candid about the difficulties he faced in his childhood. Contestant Jay Kulshreshtha revealed that he lost his job during the lockdown and shared a story from his childhood when he wanted to eat bhel but couldn't afford its price which was Rs 7. He further shared that when he forced his mother to give him the money, she showed her purse which had only Rs 5 in it.

Touched, Big B recounted a similar story from his school days. When he asked his mother Teji Bachchan for Rs 2 to join the school cricket team, he was told that they didn't have the money and therefore couldn't give it to him.

Amitabh added that such humbling incidents keep one grounded in life.

KBC 12 airs on Sony TV from Monday to Friday at 9 PM. The show's format has been modified to the pandemic situation. There is no audience in this season and the 'audience poll' lifeline has been replaced by 'video a friend'. There is also no handshake between the contestants and Amitabh, and the spacing between the hot seat and Amitabh's seat has been increased. 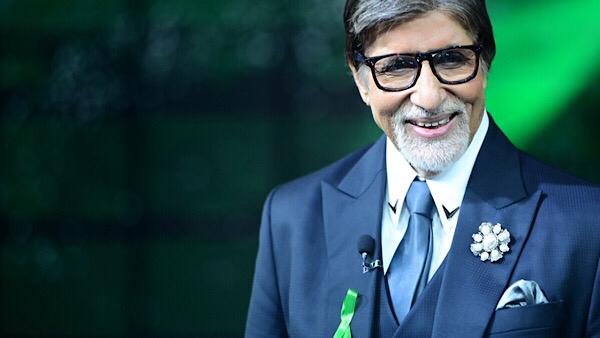 ALSO READ: Amitabh Bachchan Reveals Why He Wears A Green Ribbon; Shares He Is A Pledged Organ Donor