Colors' stunt-based reality show Khatron Ke Khiladi 10, which replaced Bigg Boss 13, has grabbed all the attention, all thanks to the interesting line-up of celebrity contestants. Also, the show received a grand opening on the TRP chart. The show has also been in news since its inception. Fans are loving the host, Rohit Shetty's cute banter with Tejasswi Prakash. But the latest promo might have surprised many viewers, as Rohit was seen lashing out at the Swaragini actress.

In the latest promo of the show, Rohit Shetty was seen angry at Tejasswi as she accused him of going easy on another contestant Amruta Khanvilkar. Although it was a joke, Rohit took it seriously and slammed her.

In the promo, Tejasswi was seen saying, "Rohit sir ne Amruta ko advantage diya. Mere pair jal gaya hai issliye (Rohit Shetty has given Amruta advantage as I can't perform better due to my leg being burnt because of the earlier task)."

To which, Rohit Shetty said, "Mai yaha taxi mey baith kar nahi aaya hu, bahut mehnat ki hai yaha pahuchne ke liye (I've not come this far by any shortcut and have worked hard to reach where I am today)." He further added, "Stay in your limits. I can throw you out of the show."

Well, to know if this was just a prank or not, we will have to watch the upcoming episode.

It has to be recalled that in the previous episode, Balraj Syal was eliminated after being in the danger zone back-to-back. Previously, Rani Chhaterjee was eliminated.

Also, Amruta Khanvilkar aborted a task. Rohit made Amruta promise that this would be the last task which she aborts. 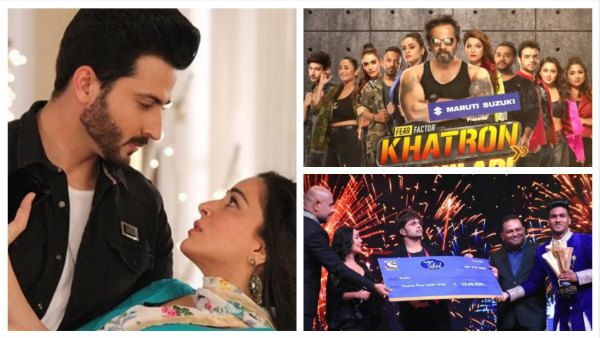