Khatron Ke Khiladi 10 has been creating a lot of buzz and so are the contestants, especially Swaragini actress Tejasswi Prakash. Fans are impressed with the way the actress deals with the challenges and completes the dangerous and risky stunts successfully. Her cute banter with the KKK 10 host Rohit Shetty is also loved by fans. Looks like Mr Shetty is also impressed with Tejasswi's talent as he has roped her in his first Marathi venture.

Tejasswi took to social media to announce the news. She shared a picture and captioned it as, "Proud and lucky to have @itsrohitshetty sir as my mentor and it only got better when I got to be the leading lady of Rohit Shetty's first Marathi venture ..... ."School College ani Life... " Produced by Rohit Shetty ...Directed by Vihan Suryavanshi...coming this summer ...#rohitsir #your #fan #forever."

Fans are also happy for the actress and they too congratulated the actress. A user tweeted, "Finally it's official 😍😍😍Sooo happy for you waited since ages for this one 🤧🤧🤧All the very best doll😘😘 #TejasswiPrakash #SchoolCollegeAniLife #KKK10 #RohitShetty #KhatronKeKhiladi10." Another user wrote, "Omggggggg tejasswi is doing a movie produced by Rohit shetty.. Dts cooool #TejasswiPrakash."

For the uninitiated, Tejasswi became a household name with Colors' show Swaragini, in which she played the role of Ragini. She was seen in Pehredaar Piya Ki, which went off air suddenly due to the controversies surrounding the show. Currently, she is seen in KKK 10 and now this big news! Isn't it wonderful? Hit the comment box to share your views. 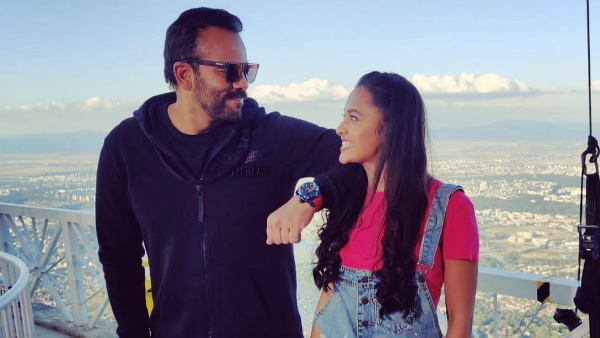