The slice of life drama series, MTV Nishedh urged the youth to speak out loud on issues like sex, condoms, abortion, and TB that continue to be shrouded in hesitation and rush. Spanning 13 episodes and 7 weeks, MTV Nishedh focused on the behavioral change through some compelling stories, with a perfect blend of entertainment and drama.

While the previous episodes specifically highlighted the trials and tribulations of 6 individuals who dealt through situations like unwanted pregnancy, child spacing, tuberculosis, parent-child relationship, etc, the last episode leaves you with a ray of hope for a better society, far away from the stigmas and taboos that drive perception. Will MTV Nishedh make a comeback, challenging stereotypes around new issues and break the norm? Only time will tell.

The episode shows how concerned Aastha is about her parents’ reputation after Manav tries to convince her to participate in The Start-up Challenge. Meanwhile, we see how sorry Avni is for not being able to understand the idea behind Venture No. 5 and supporting Aastha in front of her father. After bravely battling tuberculosis, Vicky is now in a better state and is in talks to share a room with Megha.

Breaking the stereotypical and patriarchal norms, Aastha’s father stands strong with her daughter, telling her to move above 'Log Kya Kahenge’ and supports her in all the decisions. At The Start-up Challenge, Aastha confidently shuns the ridiculous points raised by people present there, convincing them that Venture No. 5 is a hero and not a villain.

A lot has happened and a lot has changed. Both Chanda and Aastha are back in Mumbai, Chanda is at the music school and Aastha is riding away in a bike. So what's next? How are things going to proceed with these girls and Venture no. 5 in a new life where nothing is left unspoken? To know it all, tune-in to finale episode of MTV Nishedh, this Saturday at 07:00 PM only on MTV. 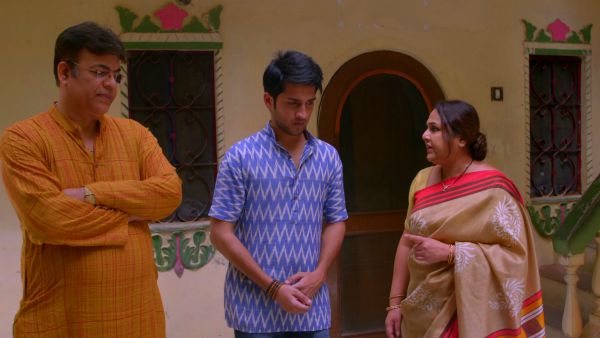 ALSO READ: When In Doubt, Talk It Out; MTV Nishedh Focuses On Open Conversations With Parents, This Week