The latest BARC/TRP ratings for the Week 19 (May 9-May 15, 2020) are here. The mythological shows are still ruling the TRP chart. Mahabharat and Shri Krishna have occupied the top two slots on the chart and Vishnu Puran has entered the top five list. Among channels, Star Plus and Sony SAB have retained the top two slots. Take a look at the top five shows and top ten channels.

After Ramayan and Uttar Ramayan ended, Doordarshan's Mahabharat has grabbed the first spot. The BR Chopra's show has bagged 6.1 points.

Shri Krishna, which made a grand entry to the TRP chart last week, has managed to occupy the second place with 5.4 points.

Star Plus' Mahabharat has managed to occupy the third place, while Prime Minister Narendra Modi's address to the nation about Lockdown 4.0, grabbed the fourth spot. The show/speech garnered 4.3 and 3.1 points, respectively.

BR Chopra's Vishnu Puran, starring Nitish Bharadwaj and Vaidehi Amrute, in the lead roles, is currently being aired on DD Bharati. The show has managed to occupy the fifth spot with 2.5 points.

There has been major shuffling among the channels. Star Plus and Sony SAB have retained top two spots, while DD Bharati, Sony TV and Colors have garnered third-fifth places, respectively. The sixth to tenth places are occupied by Dangal TV, DD National, Star Utsav, Big Magic and Zee TV respectively. 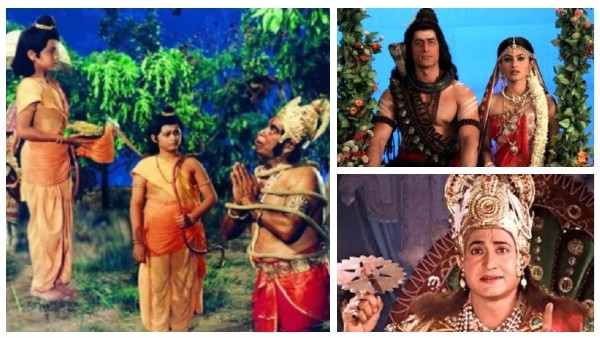