The latest TRP ratings for the Week 29 (July 18-July 24, 2020) are here. As the makers of few other shows have started airing it on television, there are new entrants in the list. While Taarak Mehta Ka Ooltah Chashmah has topped the TRP chart, Rajan Shahi's new show, Anupamaa has made a grand entry. Kumkum Bhagya is out of the top 5 slot. Among channels Sony TV has replaced Zee TV at the fifth place. Take a look at top five shows and top 10 channels.

Taarak Mehta Ka Ooltah Chashmah has occupied the first place followed by Rajan Shahi's new show, Anupamaa which has grabbed the second place. Both the shows have managed to get 2.4 ratings.

While Kundali Bhagya has dropped down to the third spot with 2.1 ratings. Kumkum Bhagya is out of top five spot. The show has managed to get 1.8 ratings.

Shakti-Astitva Ke Ehsaas Kii has jumped to the fourth spot with 2.0 ratings. Choti Sarrdaarni has managed to replaced Mahabharat and grabbed the fifth place. The show has garnered 1.9 ratings.

While Ishq Mein Marjawan 2 has grabbed 1.0 ratings, Pavitra Bhagya and Khatron Ke Khiladi have managed to get 0.5 and 1.8 ratings, respectively. 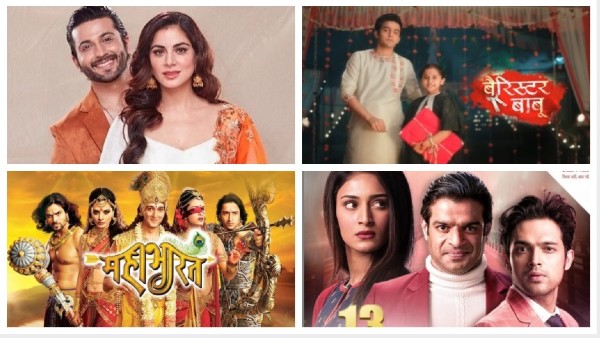