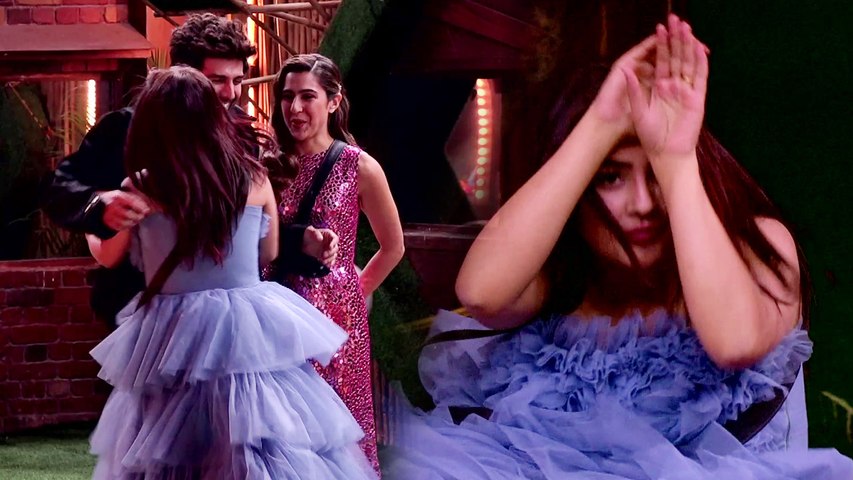 Bigg Boss 13 makers are leaving no stone unturned to surprise the viewers. Recently, the audience witnessed family special week, where the family members of the contestants entered the house. In the upcoming episode, special guests - Karan Singh Grover, Vindu Dhara Singh and Gautam Gulati will be entering the house to give feedback to the Bigg Boss contestants. Also, this week, Bollywood actors Sara Ali Khan and Kartik Aaryan will be gracing the sets to promote their upcoming film, Love Aaj Kal.

In the pictures that are doing the rounds on social media, Sara and Kartik were seen clicking selfie with the host Salman. Also, the trio were seen shaking a leg with Dabangg actor!

Sara looked gorgeous in a shimmery pink dress while Kartik looked dapper in a black tee with a matching jacket and jeans. The duo might also be seen interacting with the contestants through MiTV or they might enter the house and play some fun games with the contestants.


Colors TV is yet to share the promo of Sara and Kartik in the Bigg Boss house. We hope that we get to watch some fun moments of the Bollywood actors and the contestants in the mad house!

As per the latest promos shared by the channel, the host Salman will be seen lashing out at Madhurima Tuli and Vishal Aditya Singh for their violent behaviour in the house. He also asks them to leave the house.

Salman will be seen reminding Paras Chhabra of his girlfriend Akanksha Puri, which makes Paras angry and 'asks the creatives not to play such things'! This makes Salman angry. He lashes out at Paras and asks him to keep his voice down. 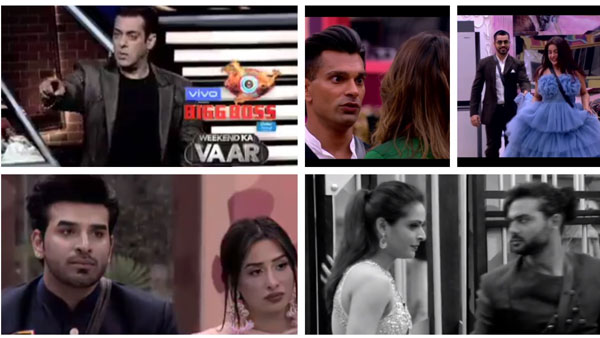