BR Chopra's Mahabharat, which is being aired on Doordarshan, is coming to an end. Recently, the channel aired the death of Karna (played by Pankaj Dheer), the mighty warrior who fought against Pandavas during the war of Kurukshetra. For the uninitiated, as war approached, Kunti revealed to Karna that he was her son and the eldest brother of the Pandavas. She took his promise that he will not kill any of the Pandavas except Arjun and will not use Nagastram on Arjun more than once. Also, Karna made his mother promise that she will keep the news (of him being her son) as secret until death as he didn't want to betray his friend Duryodhana and Kauravas. On the other hand, Karna was cursed by a Brahmin that he would die when he least expected as he had accidentally killed a calf in a forest.

Netizens got emotional seeing the death scene of Karna, the greatest warrior in Mahabharat. They felt his death was heart-wrenching. Take a look at a few tweets!

Nitin Singh Rajput: If you cried for Abhimanyu and didn't for Karna 💔, You are a true hypocrite. #Mahabharat #Karna.

"Pankaj Ji : Mein Karn ke character ko is tarah play karna chahta hu ki jab bhi koi Karna ka naam le toh mera chehra samne aaye. You did sir, you brilliantly did no one can even come close to what you have done as Karn, you portrayed Karn with all emotions. Respect #Mahabharat."

"Though I am not a big fan of him, I do have a soft spot for Karn and Kunti as they could never acknowledge their relation, Kunti could never mother him, Karn had no right over Kunti's motherly love in the public eye #Mahabharat #MahabharatOnDDBharti."

"Karna was a real hero and he is my most favorite character of Mahabharat. His friendship with duryodhan was so pure..more than taking revenge from Arjun he was fulfilling his promise as a friend.. Respect and love to Mahadani karna🙏🏻❤️#Mahabharat."

"#karna #Mahabharat Karna-The unsung hero and the beacon of friendship in Mahabharata! I'm just obliged to even see your story transpire. Will always be my favourite character! 🙏🏻" 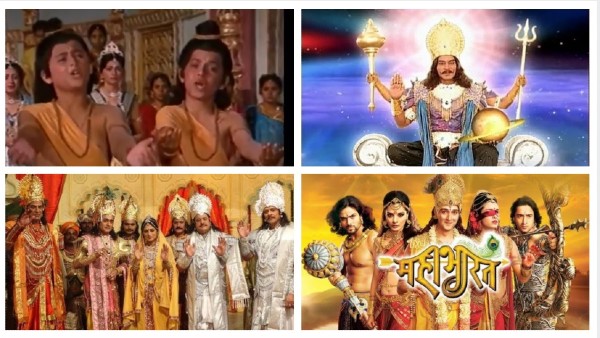