Mahira Sharma got into a big trouble after she shared an image of Dadasaheb Phalke International Film Festival Award certificate that declared her the 'Most Fashionable Contestant of Bigg Boss 13'. The DPIFF officials accused her of forging their certificate and demanded an apology from her. But later, the actress termed the situation as a huge miscommunication and issued a statement that the allegations made against her are untrue and uncalled for. However, DPIFF officials issued another statement and rubbished her claims. They asked her to apologise for sharing a forged certificate, which damaged their reputation.

But, Mahira is in no mood to apologise as she feels that she is not at fault. While talking to TOI, Mahira said, "I have clarified everything on my social media platform but the topic is not coming to an end. I have already mentioned everything about the miscommunication that has happened. But some people are saying that I am doing this for publicity. I would like to tell them that I want to earn this award."

The actress said, "Also, I want to rectify, I have not got any award, I had got a certificate. I did not share any post on my Instagram saying I received an award. I just shared a story on Instagram. My question is if it would have been fake why would I have shared a story about it on my Insta. I am an actor and I would not like to indulge in faking an award. I am a public figure and I would not like to hurt my fans and would like to earn an award. I am not blaming anyone because I know there is a misunderstanding and there is a technical issue from the third party. They are asking me to apologise and I don't think I am at fault so why should I say sorry."

The ex-Bigg Boss contestant asked as to why she is held responsible for this miscommunication. She also asked that is it her fault that she was handed over the certificate not on stage but while she was leaving it was given to her manager?

Miscommunication Is The Main Reason!

The Kundali Bhagya actress further said, "If they are saying that the person involved is not linked to them or their award function, then I don't know. He was involved in everything and has been part of the entire process and we have all the proofs. He was the one who invited us and even the other Bigg Boss contestants were invited by him."

‘I Don't Want To Earn Anything In A Shortcut’

"Rather than blaming me I would tell them to please take a look at what went wrong and why as I am not blaming them. In fact, I am not even creating a hullabaloo that how did they create a negativity about me on social media by posting things against me. I don't want to earn anything in a shortcut and even the people at Dadasaheb Phalke International Film Festival should understand this. I am not at fault anywhere so I don't think I will apologise."

Mahira also shared an open letter addressed to the dignitaries and captioned it as, "Respected DPIFF, Here is my response to your statements. As mentioned by you, we too wish to end it on a good note and I hope this statement of mine will clear the final air @dpiff_official." - (sic)

Respected DPIFF, Here is my response to your statements. As mentioned by you, we too wish to end it on a good note and I hope this statement of mine will clear the final air @dpiff_official 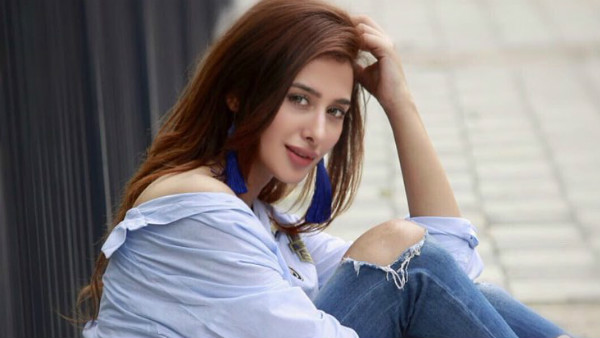