The news of Sushant Singh Rajput's untimely demise left the entertainment industry in shock. Many actors took to social media to offer condolences while a few others decided to share powerful messages about mental health. In the same vein, Meera Deosthale who was last seen in Colors’ Vidya, has opened up in her recent interview about the importance of starting a conversation and raising awareness about the important subject.

Meera was quoted by TOI as saying, "It's very easy to show that you care when someone has already left. I wish people had shown the same concern and respect when that person was struggling. As glamorous as it looks from the outside, showbiz is a dark place to be in especially if you don’t have the right set of friends or support system. Our work is very uncertain and your next signing depends on how successful you are currently. The pressure is immense."

She went on to add, "Mental health is a very important issue, but I feel that it’s not addressed properly. When someone around us says that they aren’t feeling well mentally, we either mock them or call them 'pagal'. That's how inconsiderate people are these days. I feel a counselling class should be inculcated at schools so that the kids don't carry any childhood baggage into their futures."

On being quizzed about her views on the impact of the internet on people, the Udaan fame actress replied, "Social media plays a big role in our lives these days. People take comments on the internet very seriously and if the comment is bad, it affects a person's mental health. It feels worse when they start writing personal comments. Some people stoop really low and resort to writing cheap and vulgar stuff, that’s sick." 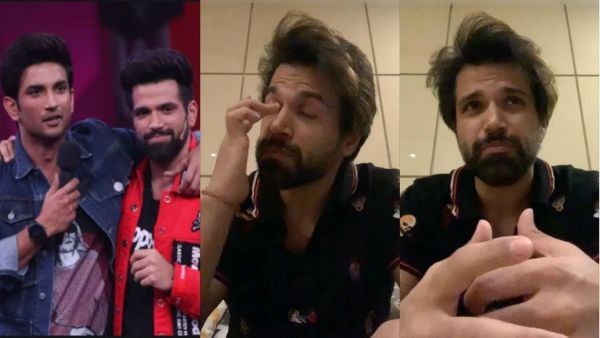