MTV's Splitsvilla is the biggest franchise of a reality show after Roadies. The dating reality show MTV Splitsvilla 12, which is hosted by Sunny Leone and Rannvijay Singha, premiered on August 16, 2019. The show revolves around love and relationships. The boys and girls from across the nation are shortlisted for the show who head to a villa named Splitsvilla to find their partners/lovers. The semi-finale episode was aired on January 10 and the finale episode will be aired today (January 17) at 7 PM on MTV India.

For the uninitiated, in the previous episode, the Love Tornado task, Alfez and Aradhana ended up losing and Meisha Iyer and Ashish Bhatia, who thus became the first finalists. Priyamvada Kant-Shrey Mittal defeated Bhavya Sharma-Uday Singh and became the second set of finalist. The finale episode will see Shrey and Priyamvada, and Meisha and Ashish locking horns with each other.

Who Will Win MTV Splitsvilla 12?

Although many people are surprised to see Priyamvada and Shrey in the finale, they have been performing extremely well in the tasks. Also, Ashish and Miesha have been playing really well. If we go by the audiences view, Ashish and Miesha might win the show as the duo has garnered good fan base, but since the winner is based on tasks, it has to be seen who will win the show.

The channel shared a few promos of the finale episode, which seem to be interesting.

A few minutes ago, the channel shared a video in which the Shrey and Priyamvada were seen performing a task. The channel captioned the video as, "Tasks aur takraar, ek aakhri baar. Shrey aur Priyamvada ke pyaar ki yeh agni pareeksha kaunse note pe hogi khatam? Tell us what you think in the comments below and catch #SplitsvillaX2 Grand Finale, tonight at 7 PM on @mtvindia and anytime on @voot." - (sic)

The channel shared another video, in which the other couple Ashish and Miesha had to guess the movie name. But the duo was finding it difficult to answer. Seeing them not being able to answer a simple question, other contestants were surprised. MTV Splitsvilla captioned this video as, "Bas kuch aur kadam door hai inki jeet yaa haar! Par kya movie wala task pad jaayega inn par bhari?" - (sic) 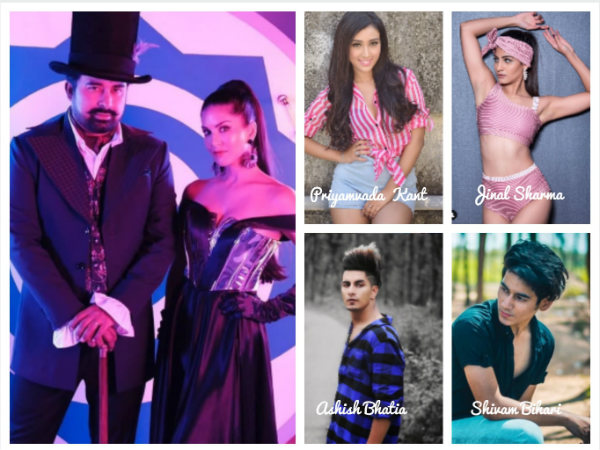