MTV Splitsvilla 12 finale was held yesterday (January 17, 2020). The finalists - Priyamvada Kant and Shrey Mittal, and Ashish Bhatia and Miesha Iyer - were seen fighting for the trophy! The finale task tested not only the couple's physical ability of the couple but their mental abilities. Priyamvada and Shrey won with just a margin of 26 seconds as it was a time-bound task. (Priyamvada-shrey completed the task in 21 minutes and 6 seconds while Ashish and Miesha took 21 minutes and 32 seconds to complete the task).

Right from the beginning, Priyamvada and Shrey have been favourites. Their beautiful chemistry, consistent performances and bonding have caught the eye of the audience and the judges alike. The hosts, Rannvijay Singha and Sunny Leone have often been found applauding their performance in the show and the zeal to outdo the rest.

On winning the show, Priyamvada said, "I'm super ecstatic on winning the show! Even though I've been performing every task well since the beginning, winning was unexpected. Shrey and I had an unparalleled understanding, chemistry and love and that's what made us win the show. All splitsvillans always supported us and I can't tell you what a roller coaster ride this journey has been. I'm happy to discover a lot of things about myself in the show. And there's no better feeling than walking away with the winning title."

The viewers were happy with the couple's win. They took to social media to congratulate them. Take a look at a few comments: ɢαjαl tweeted, "Glad That Biiiitch Meisha didn't won.Felt bad for Ashish thou. Happy for Shreya n overdramatic pri. #SplitsvillaX2."

@Pratyush_Raj_ : Shrey and Priyamvada are the Winners of #SplitsvillaX2 I'm happy. 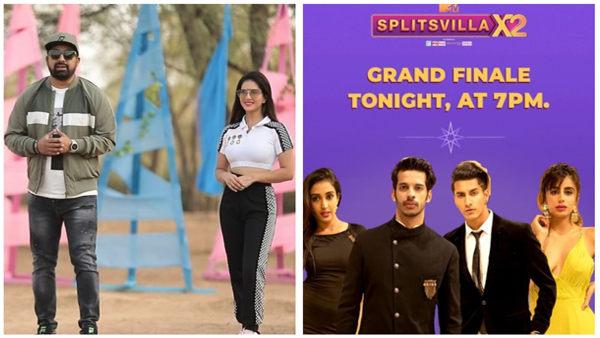