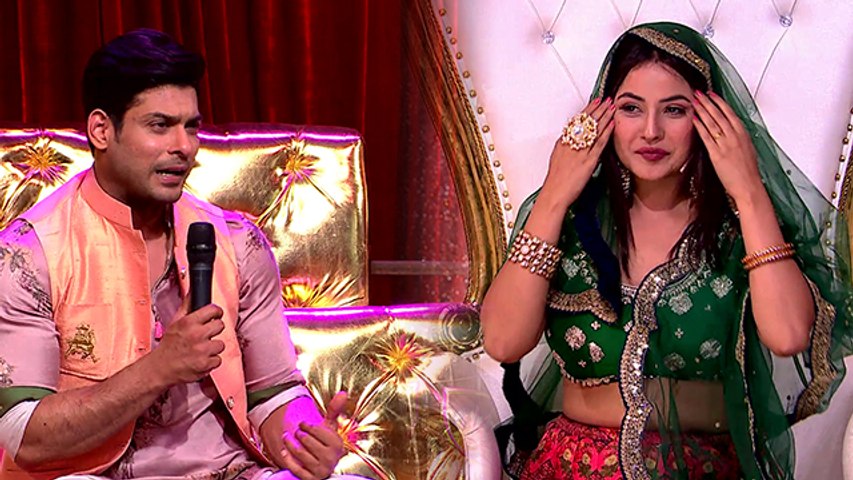 Mujhse Shaadi Karoge will document the journey of 12 suitors (six men and six women), who will compete to win hearts of Bigg Boss 13's Shehnaz Gill and Paras. The reality show began yesterday (February 17, 2020). As we revealed earlier, the participants in the show were well-known celebrities like Sanjjanaa Galrani, Jasleen Matharu, Heena Panchal, Balraj Syal and others. Take a look!

While Heena Panchal is popular for her item numbers in Marathi films and a former Bigg Boss Marathi contestant, Sanjjanaa Galrani is popular actress down South. Well, who doesn't know Jasleen Matharu - the ex-Bigg Boss contestant, who was in news for her link-up with the Bhajan Samrat Anup Jalota. Paras selected the first two ladies, while Jasleen will be seen in the upcoming episode. The actress will have a face-off with Sanjjanna who comments on her dress.

More than today's episode, it's the precap that has left the fans wanting for more. In the upcoming episode, we will get to watch Sidharth Shukla, who will be helping Shehnaz select her partner. The moment she saw him and hugged, melted ‘Sidnaaz' fans. Rashami too will be entering the show to help their ex-inmates. Take a look at what the viewers have to say about the show.

Kanika K: Hum bekaar me tension le rahi the.. this is so much fun watching Sana giggling and enjoying..😍😍 #ShehnaazGill #MujhseShaadiKarogi.

@Satabdi46709064: #MujhseShaadiKarogi in today's episode best thing I lyk most is #ParasChhabra ka swag with @ManishPaul03 hosting ,best in the show.i laughed so hard because of these two.@ColorsTV.

RIA 🌟: Okay so I did watch #MujhseShaadiKaroge. If you haven't watched it yet, you have good eyes and ears. Because mine are bleeding already. Imagine 2 hours full of Sana n Paras crap 🤮

@SidMeriJaanHai: Is a hell boring show. I couldn't even keep myself for 10 minutes in front of screen.Don't waste your precious time watching this shit. Maybe you can like wheb sid,rash, arti, mahirs come as guest M sorry but Sana has no talent except laughing like @apshaha.