The viewers are extremely happy with Doordarshan's decision to air Mahabharat. In fact, they are glued to their television sets and thoroughly enjoying the mythological show. They are also looking into every important detail of the mythological show and trending it on the social media. Recently, a few of them spotted a cooler behind Bhishma Pitamah (Mukesh Khanna) in a scene, and had a field day on Twitter making memes on it. Now, Mukesh has reacted to the same and said that he wants to know who spotted the cooler!

Mukesh Khanna Wants To Meet The Person Who Spotted The Cooler

Mukesh was quoted by TOI as saying, "I had been hearing about a picture of mine from the sets of Mahabharat going viral where I am shown sitting in front of a cooler, for the past few days. I want to know yeh picture aayi kahan se and secondly yeh kisne spot kiya?"

He doubted if the still is from the show and if it is, he says that it's a huge mistake. The actor feels that the picture must have been taken in between the shots, and doesn't think that such a glaring mistake would have happened from BR Chopra's side, as he was too careful with the making and the editing of Mahabharat.

Mukesh further said that he indeed used a cooler while on the sets, as he was wearing heavy costumes and felt extremely hot. The Mahabharat actor said, "We were shooting in Film City which was fully air conditioned. However, since I had such heavy costumes and to top it all a long beard, which I had to wear most of the day, I used to feel extremely hot. Especially because of the beard. So, I requested BR Chopra ji to allow me to use an air-cooler. The beard was such that after shots I used to sweat a lot and it used to irritate me."

Mukesh further said that he was so done with the beard and the look, that he later rejected almost 15 films because his character was supposed to have a beard. He also added that in order to get out of that zone and the character, he made Shaktimaan which showed him in a completely different avatar. 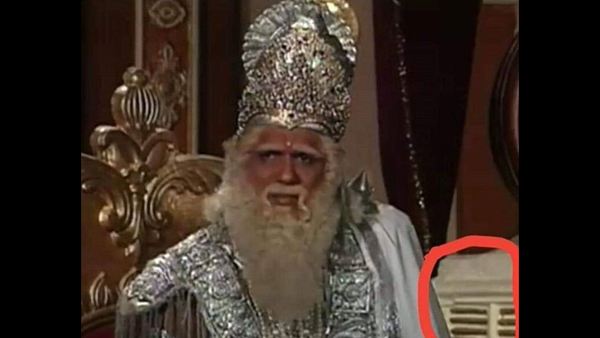