Ramayan’s re-run amid lockdown has managed to keep the viewers hooked to the television screens. Its massive success has resulted in the show’s cast mainly Ram, Sita, and Laxman, played by Arun Govil, Dipika Chikhalia, and Sunil Lahri being showered with immense love and adulation from the audience. As a result, a fan page of Laxman aka Sunil Lahri shared a picture of his son, Krish Pathak.

This was quickly followed by the snap going viral on social media for the father-son duo’s striking resemblance and handsome good looks. As a trickle-down effect, netizens and many users went in hunt of Krish’s Instagram account and flooded his pictures with likes and comments.

When sunil was asked about his son being labelled as his carbon copy, the actor replied, "Beta hai... toh thodi baap ki jhalak toh hogi. My son is trying to get into films and web space. He has received quite a few offers let's see what he accepts." (sic)

For the unversed, Krish made his debut Nikhil Advani’s series P.O.W. - Bandi Yuddh Ke on Star Plus. The 2016 show featured Purab Kohli, Sandhya Mridul, Amrita Puri and Satyadeep Mishra in the lead roles.

On being quizzed if Krish discusses projects with him, the actor replied, "He consults with me a lot of times, but he belongs to this time so he knows better what he should do or what kind of work he should take up. Having said that if he gets stuck somewhere or gets confused he definitely asks me. He will have to do his own struggle because I feel in our profession more than personality and talent, destiny plays an important role to succeed in life. Only, time will tell where his destiny takes him. I just pray to God for his success like any other father. I would be really happy if he does good and be more popular than me in life." 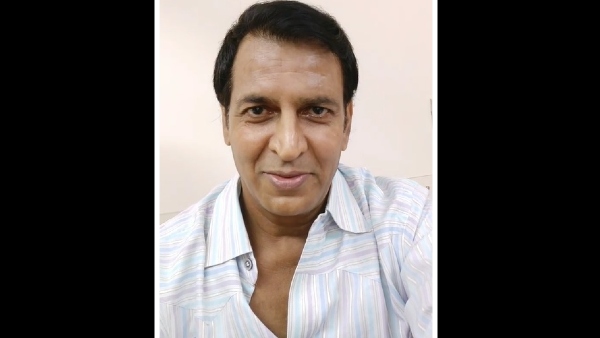