Bigg Boss 13 contestant Paras Chhabra's relationship with Akanksha Puri has been hitting the headlines ever since he entered the show. The duo has been talking against each other in the media interviews. Recently, Akanksha had slammed Paras for lying about their relationship in a recent Instagram live video chat. Now, Paras has hit back at her saying that she doesn't have an identity of her own and is known as his ex-girlfriend. He also slammed Shehnaz Gill, with whom he was seen in Muhjse Shaadi Karoge.

Paras Talks About His Bond With Mahira

In an interview with ETimes TV, Paras lashed out at Akanksha and explained about his bond with Mahira. He added that Akanksha knew about his strategies and asked if he started bonding with someone on the show, what's wrong in that. He also said that just like how he was friends with Sidharth and Sana, he bonded with Mahira too in the same way.

He also added that it was clarified that he did not write any letter to her and did not use pyada. He added that he has worked in seven shows in the last few years and had money in his account, especially after he started doing Badho Bahu.

He told ETimes TV, "Akanksha is trying to say to the world that I started working on Rs 5000 per day and meri koi aukat nahi thi... and it was you who brought luxury and money in my life. Aap mere upar taras kha ke ye sab kar rahe the kyunki main aap ka boyfriend tha (you were supporting me because you felt bad for me and I was your boyfriend). When I went inside the Bigg Boss 13 house and I was doing good and people were praising me, you came and started speaking rubbish about me. If you had problems with me or my behaviour why did not you speak about it earlier agar aap mujhe (so called) paal rahe the."

Akanksha Has NO Identity Of Her Own!

He further added, "I have seen few interviews of her and I never understood that why she kept talking about me. I have seen my name is getting dragged since last 7 months now. I don't think she should have done it, but if you are still doing it then I would say you are showing your personality because today no one knows you as Akanksha Puri, everyone calls you Paras Chhabra's ex. She has no identity of her own now and is only known as my ex- girlfriend. Even you have struggled so much in your career, you are working in a show for last three years, but now people are knowing you only as Paras' ex. You are telling people that I earn 5 k per day, so what everyone starts from scratch and I don't have any shame in admitting it. You are trying to shame me by telling people about my per day. You are going around saying that you have made me and I was nothing."

Akanksha Is A Good Girl, But Their Thinking & Ideologies Doesn't Match

He further added that his mom was staying with Akanksha and he felt that she made the right decision as she had company in Mumbai. Paras said that his mother was aware of everything what problems they were having in their relationship because his mom had met Akanksha before he had entered the Bigg Boss 13 house. He further added that Akanksha is a good girl, but their thinking and ideologies doesn't match and also revealed that Akanksha is a very possessive person.

Shehnaz Asked Girls About Their Virgi**ty!

Coming back to Shehnaz Gill's claim that Paras doesn't talk to girls respectfully, he said that Sana should herself start talking about them in a dignified way. He added, "She has shamed everyone on Mujhse Shaadi Karoge by using language like chaatna (licking) and all. Shehnaz is the one who was asking girls about their virginity. Being a girl, you are not respecting girls and you are asking others to respect. I came out and saw she was speaking ill about Himanshi once again in a live video. She has spoken rubbish about Arti Singh, Shefali Jariwala and Mahira Sharma."

He feels that Sana wasted time of the channel, audience, the boys and the production. He added that she was only interested in Sidharth Shukla. The actor further said that because of her, the show got spoiled as she never showed any interest. I was getting disappointed by whatever she was doing inside the house. 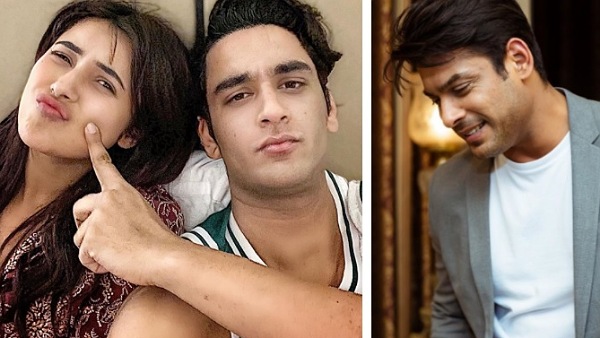 Also Read: Did Shehnaz Unfollow Vikas As He Didn't Cast Her With Sid In His Show? Here's What Vikas Has To Say!