Colors' reality show Mujhse Shaadi Karoge turned out to be a flop as people did not like the concept and also because of low TRPs. The show has Shehnaaz Gill and Paras Chhabra looking out for a suitable groom/bride. Although it has a few well-known faces as contestants, the show hasn't impressed the audiences. To make things interesting, makers got Jay Bhanushali and wife Mahhi Vij as guests, who were seen giving Sana and Paras, a little dose. It so happened that Jay was irked with Paras' statement (Mujhe depression aata hai in ladkiyon ko dekhkar) and called the remark 'Vaahiyaat'. This upset Paras fans, who took to social media to slam Jay for the same.

A few fans crossed the limit and dragged Jay and Mahhi's little daughter into the conversation, which didn't go well with Mahhi. The actress took to her social media handle and gave a befitting reply to the trollers. Take a look at fans' comments and check out what Mahhi tweeted.

"Lol, I know yeh #JayBhanushali kameena hai kabhi sudhar nahin sakta. 🤣🤣😂😂 I never liked him no matter how good he tries to act. He shows his nature in the end 🐍. Stop using #ParasChhabra for limelight #MujhseShaadiKaroge."

"#JayBhanushali was asking to create fake love triangle. All he wanted was to make them go against their will just for the show. This is not a senior asks his junior to do work. Professionally jitna #ParasChabbra show kar raha hai uski 3 percentage bhi woh sana nahi kar rahi hai."

"Guys no need to do anything related to @VijMahhi and #jaybhanushali. Everyone can see they are overreacting and everyone knows why. Let our boy Paras come out on weekend and he'll do whatever is necessary. All they want is your attention. #ParasChhabra #MahiraSharma #pahira."

Jay Reveals Paras’ Statements Were Edited By The Channel

A user even dragged Jay and Mahhi's little daughter in the fight and later deleted the post. But the actress gave it back and tweeted, "Agar dam hai toh keep ur Ac active bcoz ull be behind bars for talking about rape lets see now dam hai rakh apna account active person cops trace u." She also took the snapshot of the user's profile and wrote, "Kya hua beta hai dum toh c u at Oshiwara police station at 2 pm Tom."

Meanwhile, there were a few users who slammed Paras for his remark on girls. Now, Paras has clarified about the same. He was quoted bu by India-forum as saying, "I request people not to make assumptions about me or the episode, please watch to know the truth." 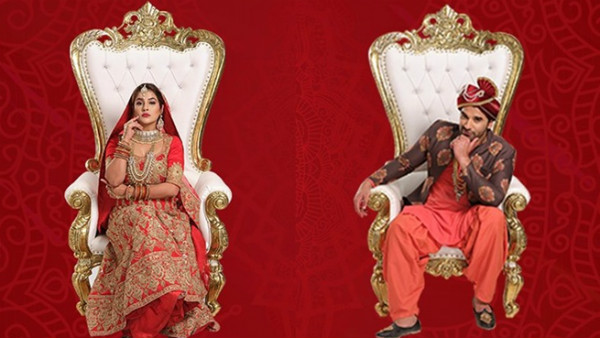 Also Read: Is Mujhse Shaadi Karoge Ending Due To Low TRPs? Here's What Paras Has To Say!