Bigg Boss 13 was one of the most-popular and talked about seasons. The contestants of the show were in the news for a lot of reasons and one such couple who created controversy was Rashami Desai-Arhaan Khan. The couple's relationship took an ugly turn after Salman Khan exposed Arhaan. For the uninitiated, Rashami and Arhaan were romantically involved much before they entered the Bigg Boss house. It is only after they entered the house, they made their relationship official. However, when Rashami got to know that Arhaan had hidden about his marriage and kid, she broke-up with him.

As the viewers are aware, Arhaan was part of Prince's show, Badho Bahu and that's how Prince and Yuvika became good friends with Arhaan. A source close to PriVika was quoted by Spotboye as saying, "During Bigg Boss 13, they (Prince and Yuvika) came to know about his reality and post that the couple started maintaining distance with Arhaan. Initially, Prince tried to be cordial with him but eventually they stopped talking, altogether."

It has to be recalled that everyone was shocked after the pictures of Rashami Desai's bank statements were leaked, which showed a transaction of Rs 15 lakh in Arhaan's name. While Rashami said she isn't aware of who leaked the pictures, Arhaan said that it was a curated plan to malign him.

Also, recently, during a live session, Rashami was irked with the wrong reports and had even said that she made a mistake by falling in love with the wrong person. She added that she is a strong person and will work even more harder to get back her hard-earned money that she lost. 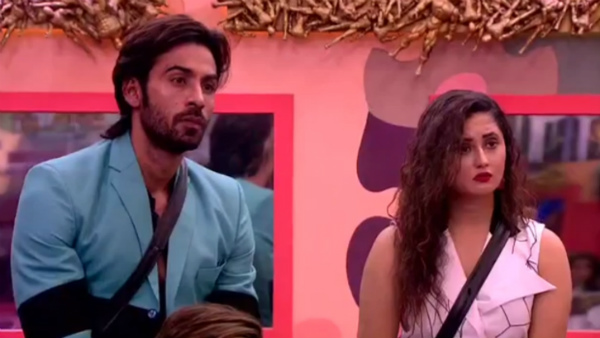