Puja Banerjee's decision of quitting Maa Vaishno Devi had sparked the rumours of her pregnancy. But the actress had said that she needed some time for herself after marriage, and hence, taking a break. Now, the actress has confirmed her pregnancy reports! The actress revealed to TOI that she and actor-husband Kunal Verma are expecting their first child.

Puja was quoted by the leading daily as saying, "Yes, Kunal and I are excited about entering this new, beautiful phase in our lives. I am in a happy space now, and have been enjoying my personal time. In fact, I have not stepped out of my apartment since April."

Why She Quit Maa Vaishno Devi?

The actress also said that she would have continued working even during pregnancy, but due to the pandemic, she felt it was important to take precautions and stay at home. The actress is planning to get back to work by next year, and hopes that the pandemic is over by then.

Kunal Is A Different Man After Marriage!

It has to be recalled that Kunal and Puja had their marriage registered early this year. The actress said that she wants to have a proper wedding after the baby arrives as they had planned a lot and due to the pandemic, it didn't happen. She also revealed that Kunal is a different man after marriage- he is supportive and loving, and takes even more care of her now than when he was a boyfriend.

Puja & Kunal Planning To Have Traditional Wedding After Baby's Arrival

She said, "We had a lot of dreams for our wedding, and had planned everything to the T. However, the pandemic changed everything and even my mother, who lives in Kolkata, could not attend our registered wedding. I am hoping to have a regular ceremony and do my pheras with Kunal after the baby arrives. Hopefully, my mother will also be able to attend it." 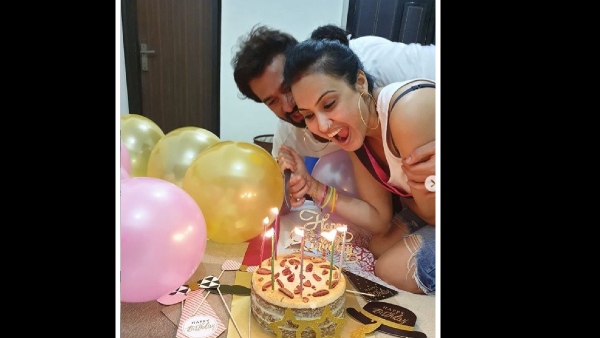