Maa Vaishno Devi actress Puja Banerjee and Kunal Verma, who had their marriage registered early this year, welcomed a baby boy today (October 9, 2020), in a suburban nursing home. An excited father Kunal told TOI that both mother and baby are doing fine and he is extremely thankful to God.

Kunal was quoted by TOI as saying, "Puja and I are proud and extremely happy to share that we are parents of a lovely baby boy today. I was with Puja in the operation theatre, while she delivered our baby. Both Puja and the baby are doing fine and I am extremely thankful to God for his blessings."


Kunal had hosted a baby shower for Puja last month, which was graced by the couple's family members and a few close friends. The cake had grabbed all the attention. The cake had a picture of a girl (Puja) going into labour, while boy (Kunal) saying, "Push Puja Push", which was written on the cake.

It has to be recalled that Puja quit her show Maa Vaishno Devi due to pregnancy. She had told the leading daily, "I would have continued working even during pregnancy, but due to the pandemic, I felt that it was important to take precautions and stay at home. I plan to get back to work by next year and hopefully, the pandemic will be over by then."

Puja and Kunal, who had a registered wedding earlier this year, are planning to have a traditional wedding after they are settled with the baby at home.

We congratulate the couple on the arrival of their bundle of joy. 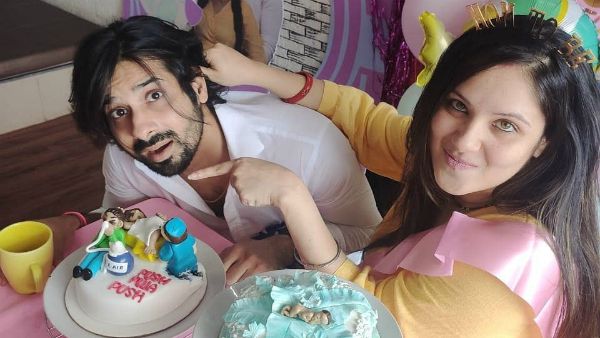