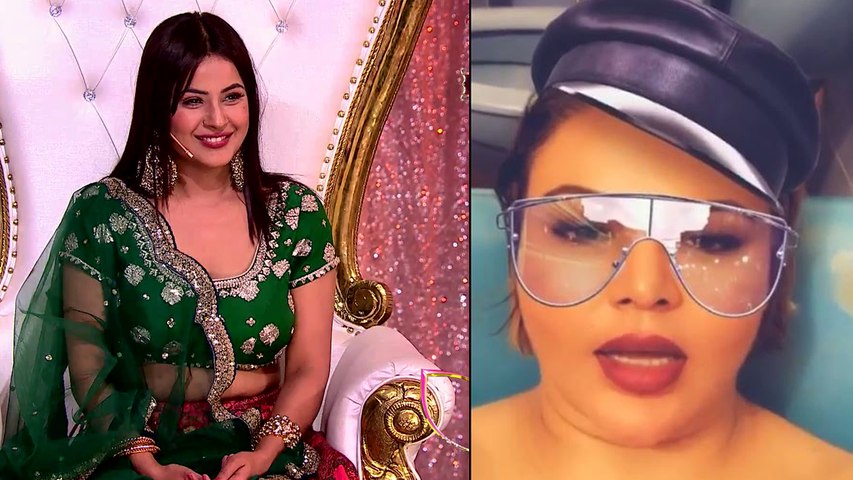 Like many other celebrities, Rakhi Sawant has been supporting Bigg Boss 13 contestant Sidharth Shukla. She had earlier shared a video in which she was seen praising the actor. Ever since, the Dil Se Dil Tak actor won the reality show, she has been sharing posts on Sidharth on her Instagram account. Recently, the controversial television actress went topless and shared a video message for Sidharth. She was also seen praising Shehnaz Gill, who is seen in Mujhse Shaadi Karoge.

Sharing a topless bathtub video, Rakhi wrote, "Sana Ka Swayamvar horha hai Bhaiya." - (sic). In the video, Rakhi was seen saying that Sidharth has to work in many shows now as he is a great son, brother, friend and a great human being!

She Was Happy Meeting Him Daily In The Gym

The actress said that she was happy as she used to meet him daily in the gym. She further added, "Sadhe chaar mahine aap nahi aye, gym mein tho bilkul mood nahi lag raha tha. Aur Sidharth all the best to you."

She went on to talk about swayamvar and asked as to why people copy her. It has to be recalled that she had taken part in swayavar earlier, which was titled ‘Rakhi Sawant Ka Swayamvar'. The ex-Bigg Boss contestant added, "Mujhe puch bager swayamvar horaha hai, yeh na insafi hai..... Shehnaz Gill Ka Swayamvar."

’I Was Praying; I Was Having Sixth Sense’

She further congratulated Sidharth and said that we all Indians voted him as he is a deserving candidate. She said, "Sabne acha kaam kiya usme. But I was very happy that you should win from day one. I was praying. I was having sixth sense; I knew that you will win." - (sic)