On public demand, Ramanand Sagar's Ramayan returned to television to entertain the viewers amid the nationwide lockdown. The actors - Arun Govil (Ram), Deepika Chikhalia (Sita), Sunil Lahri (Laxman) and Arvind Trivedi (Raavan) became household names with the show. Recently, it was revealed that the mythological show's re-run garnered a record viewership. The show has also been trending on social media, especially for Laxman's savage responses. Recently, Deepika Chikhalia spoke about the show and revealed whom she wants to see from Bollywood as the new age Sita, Ram, Laxman and Raavan.

About the show, Deepika told BollywoodLife, "Ramayan is a show for the soul. I feel millennials will have a different opinion after watching the first few episodes." When asked as to whom would she see from Bollywood as the new age Sita and Ram, she named Alia Bhatt and Hrithik Roshan. Any guess whom she chose for Raavan?

The actress said, "As per the Ramayan, there are many versions of it, Sita was not a tall lady. Her head would reach exactly till Lord Rama's chest. So, maybe someone like Alia Bhatt. I feel Hrithik Roshan would make for a good Lord Rama and Ajay Devgn will be excellent as Raavan. As far as Lakshman goes, I feel Varun Dhawan might be a good option."

For the uninitiated, Ramanand Sagar directed the TV series, which was aired during 1987 on DD National. The show at that time had 82 percent viewership, which was high for any Indian television show. It was telecast in 55 countries and at a total viewership of 650 million. It entered Limca Book of Records as the most watched mythological series. 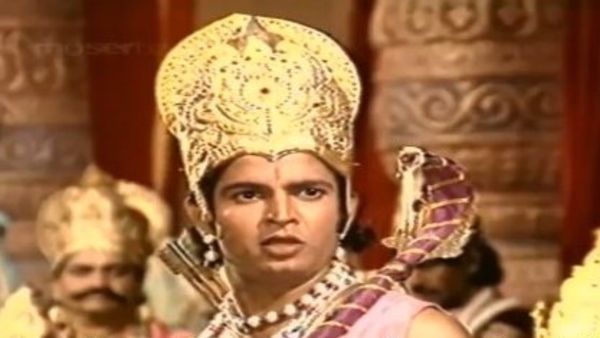