Recently, there were reports that Doordarshan's mythological show, Ramayan smashed viewership records to become the most-watched entertainment show all over the world. Apparently, the show's April 16's episode had grabbed 77 million/7.7 crore views. Also, it was said that it had beaten the popular international shows - The Big Bang Theory and Game of Thrones finales' viewership records! But as per Livemint report, "Ramayan might well have beaten Game of Thrones in the battle for eyeballs. But it is hardly a world record."

Ramayan Did NOT Set A World Record!

As per Livemint's report, the final episode of the classic American series M*A*S*H ("Goodbye, Farewell and Amen") on February 28, 1983 had grabbed nearly 106 million viewers, which is considerably more than Ramayan's April 16th (2020) episode.

According to the report, Doordarshan based its claim (of Ramayan doing better than other shows in the world) based on a report on Glance, titled 'One TV Year in the World'. But what the channel didn't observe was that the report on Glance was only for the year 2018 and did not include the shows were before this period or after it.

M*A*S*H Had Made 106 Million Viewers Record!

Although Ramayan's April 16's viewership (77m) beating Game of Thrones (17.4m) and The Big Bang Theory's (18m) viewership is true, it hasn't beaten M*A*S*H's 106 million viewers, that was recorded on February 28, 1983. But again, GoT finale did not hold the record for second-highest-viewed TV episode of all time.

BARC Has No Idea On What Basis Doordarshan Made Its World Record Claim!

Broadcast Audience Research Centre (BARC) also claimed that it has no idea on what basis Doordarshan made its world record claim. The Chief operating officer of BARC, Romil Ramgarhia was quoted by the portal as saying, "We hadn't even mentioned Game of Thrones. They might have got that data from somewhere else."

More Than 200 Million People Tuned Into Ramayan During Lockdown!

Meanwhile, the CEO of Prasar Bharti, Shashi Shekhar Vempatti stood by the 'world record'. He said in a text message to the portal, "We know for a fact that several more have watched outside the TV ratings universe through mobile TV services that stream DD Channels such as JioTV, Mxplayer, etc. When we look at the series as a whole, more than 200 million people tuned into Ramayan during the course of lockdown."

When asked how does it compare to the record made by M*A*S*H, he said, "I would not read much into the record aspect beyond underscoring how families came together during the lockdown to re-experience the epic in an unprecedented manner and that the public broadcaster was effective in its role in keeping Indians ‘Stay Home Stay Safe.'" 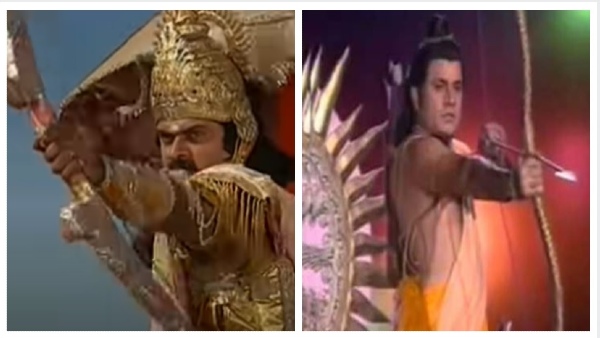 Also Read: Re-Run Of Ramayan And Mahabharat Blamed For Increase In Eye Injuries!