Rashami Desai has done many popular shows like Uttaran and Dil Se Dil Tak. Many might not be aware that she has also done Bhojpuri films during the beginning of her career. The actress surprised fans by participating in Bigg Boss 13. She was constantly hitting headlines, while she was in the Bigg Boss house for her fights with Sidharth Shukla. She was also in the news for her relationship with Arhaan Khan. Recently, in an interview with TOI, the actress revealed about her journey in showbiz and also revealed about her bond with her Bigg Boss 13 inmates, especially Sidharth! She also revealed as to how she dealt with indecent offers.

Regarding her journey, the actress revealed that she began her career with regional films. Her first show was DD's show Raavan, in which she played Mandodri and then she did BR Chopra's Pari Hoon Main, which was India's first show which had double role. Since she played the double role, she had hectic shooting schedule and wasn't able to go home for 2-3 days. She added that people used to tease her Padi Hoon Main instead of Pari Hoon Mai.

After doing Meet Milade Rabba, she got Uttaran, in which she played a negative role. Her role Tapasya was loved by people. And now she is doing Naagin.

One Good Thing That She Gained From Bigg Boss 13

When asked if she is in touch with her Bigg Boss 13 inmates, the actress said that she is in touch with everyone, on and off. She added that she speaks with Devoleena Bhattacharjee and Aarti Singh. She also revealed that the only good thing she gained from Bigg Boss is Devoleena's friendship as they both understand each other pretty well. She loves the way Devoleena takes care of herself and called her 'very clear' and 'honest'.

Rashami Is In Touch With Sidharth Shukla

How Rashami Dealt With Indecent Offers?

When asked as to how she dealt with indecent offers, Rashami said, "I have managed to handle myself calmly. I used to be very rude and blunt. I was not scared of anybody so people would think twice before talking to me. That has saved me a lot. And I would say, girls are very smart and they know how to handle things. While I was doing my regional films my mother would come with me so if anything happened then she would handle everything. Obviously, I was very young. When I was doing TV, I was giving auditions for 4-5 serials and I would get selected everywhere and I would then get choosy and reject. I used to choose my scripts. Scripts and directors matter a lot." 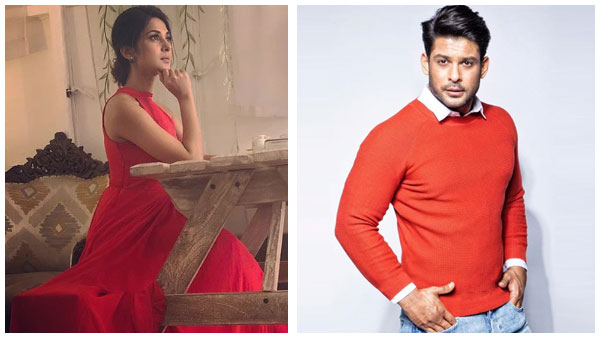