Bigg Boss 13 contestant Rashami Desai has been in news for her relationship with Arhaan Khan. After knowing the reality of the actor, Rashami decided to stay away from him, although she wants to get few things clarified about him after she comes out of the Bigg Boss house. During his stay Arhaan had made a quite controversial statement about Rashami. The actor had said that he gave support to Rashami when she was down and bankrupt. This statement didn't go down well with Rashami's friends and family. In an exclusive chat with Pinkvilla as Rashami's family members and manager celebrate her birthday outside the Bigg Boss house, broke their silence over Arhaan's statement and also slammed him for the same.

Rashami's manager Santosh told the entertainment portal, "Rashami and I have been working with each other since 2013. About bankruptcy, even if Rashami stops working today, for the next 10 years she cannot get bankrupt. For someone who owns a flat in a high-end building in a Mumbai, has four more vehicles. The time which Arhaan mentioned (where she allegedly was bankrupt), she owned two luxurious cars which were on her own. Yes, I can say that she was in a space where she wasn't working on Television."

He added, "She was not getting her big monthly cheques. You can say that she took a break of 4-5 months which every actor takes which was her choice. Despite that she had been doing events. She is the queen of events from the world of Television. She fends herself well even during her sabbatical."

Rashami's manager feels that the actress might have accepted that she was bankrupt inside the house, in a moment of phase just like she said she knew of Arhaan's marriage initially. He said that Rashami will clarify she was never bankrupt once she is out of the Bigg Boss house.

Meanwhile, Rashami's mother Rasila said that the actress never called him out as she loved Arhaan and never wanted to let him look bad in the house. Rasila also sent out a special birthday wish for her daughter Rashami.

She said, "As a mother, I only wish the best for her. I wish she gets whatever she wishes for, good friends, good health and most importantly, good life. I also wish she gets Bigg Boss trophy."

Rashami Deserves To Win The Trophy

Rashami's mom feels that the actress has witnessed a lot of ups and downs inside the house and still stand like a rock. Rasila added that her daughter has been completely honest throughout and hence, thinks she deserves to get that trophy. 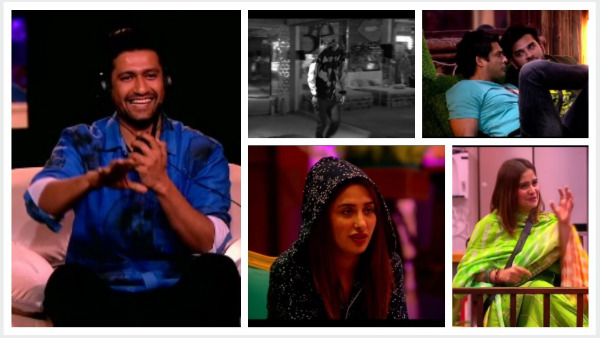