Last year, ex-Bigg Boss contestant Sana Khan and popular choreographer Melvin Louis surprised their fans by making their relationship official. Ever since then, the duo had been sharing adorable/romantic pictures and videos on their social media accounts. But as per the latest reports, the couple has parted ways!

According to Pinkvilla report, Melvin had been cheating on Sana, which lead to their break-up. Apparently, Sana was furious with Melvin as she found him cheating on her. She had also informed her close friends that he was abusive towards her. The actress even told her friends that Melvin would even indulge in violence at times during their relationship.

A couple of months ago, a few reports suggested that all is not well between Sana and Melvin. The actress had not only unfollowed Melvin but had also deleted all his pictures on her Instagram account. When the actress was asked about the same, she rubbished the reports claiming that she was facing some technical glitches as she recently changed her handset.

Apparently, the duo had invested in Street Ball League (a basketball tournament). While Melvin is the owner of Hotsteppers, Sana is the ambassador of Face Spartans. When the matches were to begin, all team leads and owners were spotted at the match sans Sana as things were not going good between her and Melvin.

It has to be recalled that when the duo was in relationship, Sana and Melvin were all praise for each other. It was also said that they met each other's family and were planning to have a joint meeting so that they can take things ahead. After they confessed about their relationship, the duo was also apparently approached for Nach Baliye, but they had denied the offer. 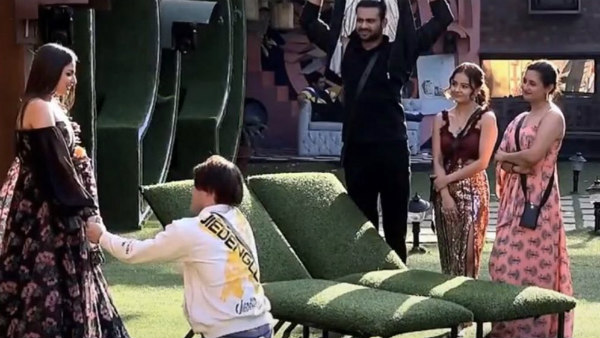 Also Read: Himanshi Asks Netizens Not To Create Rift Between Her & Umar; Shares Pic Of Asim Proposing Her