The makers of Star Plus' popular medical drama Sanjivani came up with the second edition. Ishqbaaz actress Surbhi Chandna and Namit Khanna play the main leads of the show. Initially, the show had created a lot of buzz and also garnered decent ratings. But later the ratings dropped. It was said that the show might go off air soon! As per the latest report, two popular characters of the show - Dr Shashank played by Mohnish Bahl and Vardhan portrayed by Rohit Roy have quit the show!

Why Mohnish Opted Out Of Sanjivani 2?

Mohnish was quoted by BT as saying, "I decided to opt out and it was an amicable decision. I felt that I was not able to justify my role as Dr Shashank Gupta in the current season, as compared to the previous ones. I did not want to let down my viewers, so it was best to move on."

The actor added that when the show started in August 2019, his track was going well, but things changed later. Mohnish further added that he discussed it with the makers and they tried exploring new angles, but they didn't materialise. He added, "An actor can creatively enhance his character if there is clarity in the track or he is given the script much in advance, which unfortunately was not the case."

Sanjivani 2 To Take A Three-year Leap

Also, Rohit will be exiting the show. Apparently, his character Vardhan will be getting exposed. Apparently, the show will be taking a three-year leap, post which new actors will be introduced. Regarding the changes on the show, producer Siddharth Malhotra said, "We are still planning the storyline so we may have some additions later on."

The Show Gets An Extension

When asked whether the changes were made due to drop in TRPs, the producer revealed that as per the contract, the show was to wrap by January 25, 2020, but they got an extension as they were received well by the channel's audiences. Siddharth further added that the TRPs have been growing and the channel felt that they should continue the show for more episodes, which is also one of the reasons behind the leap.

Roma Bali To Enter The Show

Meanwhile, there are reports that Roma Bali will be entering the show. She will apparently play Dr Ishaani's aunt who would have brought her up. As per IWMBuzz report, "Roma will play the role of a sophisticated high-class woman who will now want Ishaani to marry into a rich household and not to Dr Sid (Namit Khanna). Her character will have a negative trait to it." Also, Saurabh Agarwal will be entering the show. He will play Roma's on-screen husband.

Whenever I’m asked why i stayed away from television for such long lengths, I was at a loss to explain or I would just make a joke about it and move on to the next question.. but the honest answer is that it is really tough to come across iconic characters like #vardhan and so the wait becomes longer! It is rare to play a villain and yet receive so much love and fondness from the viewers.. and that in turn goads me on to do better n better! DO NOT miss today’s episode at any cost! And tmrws!! Thank you for your love .. keep it coming! #bappagotmyback #sanjivani #vardhan @starplus @hotstar 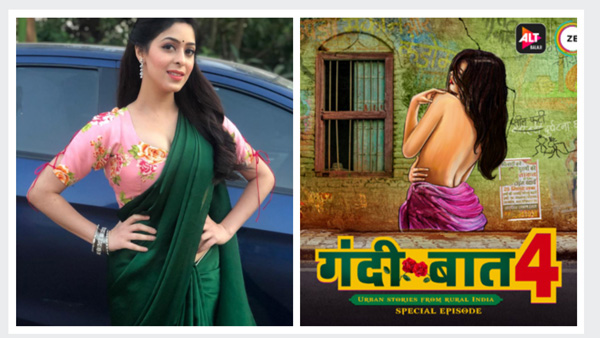