The cast and crew of various shows will soon resume shooting. Although the government has set guidelines as precautionary measures due to the pandemic, recently, Bhabiji Ghar Par Hain actress, Saumya Tandon had expressed her concern over resuming the shoot. The actress wants a monitoring agency to ensure that the government guidelines are followed on the sets of television shows. While talking to Pinkvilla, Saumya said that she is scared to resume shoot as they work in clusters, and no drug is out yet to treat the virus. She also revealed that her payment is delayed and has also been asked to take a pay cut!

Saumya Is Scared To Resume Shoot

Saumya further said that during the three months of lockdown, they all have been extremely careful by not touching anyone, but now, suddenly they will be put in a place where at least 30-35 people will be shooting. She hopes that producers and networks make proper arrangements to secure everyone. On the other hand, she is happy for those people who really need this work to keep going.

Regarding non-payment of dues, the actress told the portal, "Our payments are also delayed. My payments are severely delayed. So, the payments are yet to be completely cleared. I don't distrust them and I am sure they should and they would clear but yes, they are delayed."

Regarding the actors facing financial crunch due to non-payment of dues, she said that it's sad that their payments are delayed. She added that there are a lot of actors with a lot of financial conditions; while a few can sustain for long, some of them can't, as they might have their own rents and parents to look after. She got to know that the reason behind it, which a lot of people say is that the networks are also not getting money because of no advertisements. She added that they usually work on a 90 days credit period and the revenue of that work, she feels that is already there's and ideally, it should be cleared. She further said that she can still sustain, but many others can't.

Actress Has Been Asked To Take A Pay Cut!

There have been rumours that actors may have to deal with pay cuts, as everyone in undergoing financial crisis due to the lockdown. When asked about the same, Saumya said, "I have already been asked for it and these are not actually things which have been finalised. I am still waiting for my payments to be completely cleared and production house to tell me what is the way ahead. I think they are all swimming in the water. The picture will be clear in the next 10 days." 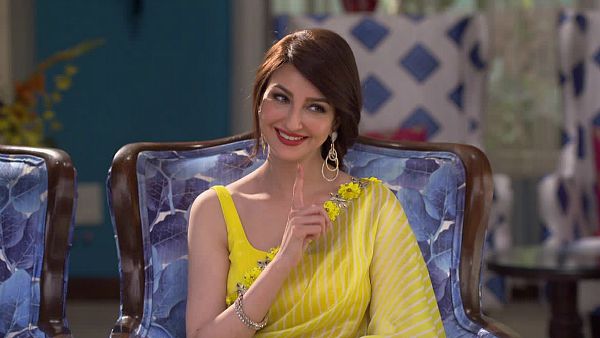