A few weeks ago, ex-Bigg Boss contestant, Shehnaaz Gill's father Santokh Singh alias Sukha Pardhan had been accused of rape by a 40-year-old lady at gunpoint. A case has been registered on May 19, 2020, at Beas Police Station in this regard by the victim who hails from Jalandhar. This was closely followed by Santokh Singh refuting the accusations and stating that it's an attempt to tarnish his public image and he will soon prove his innocence.

And now, if we one goes by an Instagram post of Singh’s, it seems like he has been able to prove his innocence after all. He posted a picture of himself showing the victory sign in his car whilst thanking his fans and followers for all the support. Santokh captioned the post by stating in spite of a delay, the truth has prevailed in end. "Thoda time Laga lekin sichai Ki Jeet Hui thank you guys," he wrote.

He also shared a picture of himself with his wife and thanked everyone who supported him during the tough time and believed in his innocence. Santokh wrote, "Jinko mere upar Vishwas tha Ke Main Nirdosh Hoon Unka thank you." Check out the posts below:

For the unversed, Shehnaaz’s dad had previously reacted to the rape allegations by revealing that the woman who accused him is a divorcee with a child and apparently wanted to marry Lucky Sandhu, who was her business partner. The couple had an ugly fight, after which Lucky came to stay at Santokh's house. He even asked Santokh to not disclose his whereabouts to the woman. 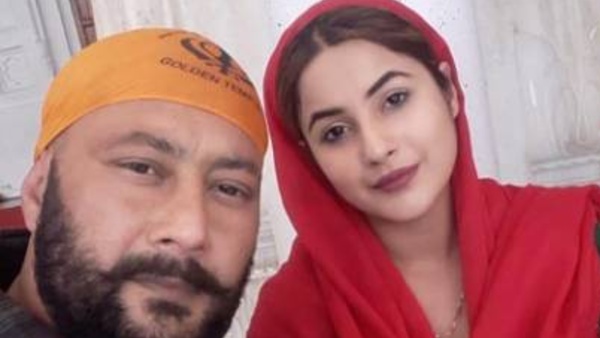